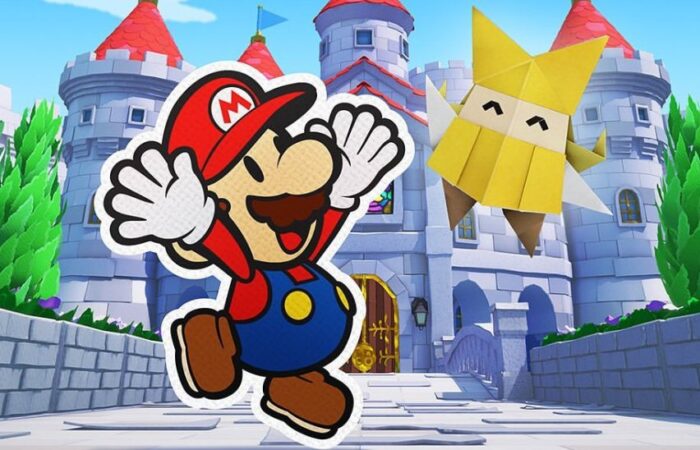 Although Mario is over 3 decades old, new games are still added to the franchise.

Well, that totally makes sense to cash in on something that still sells. Mario has built a loyal fanbase that will keep buying whatever released under the title. Besides, we must remember that a company needs money to stay in the business.

Luckily, Nintendo has Mario as one of its major money-makers. The game was huge the moment it made its debut on the NES and it could maintain its success to this very day, which is awesome.

Nintendo has sold over 500 million copies of Mario games, putting it on the list of the biggest franchises of all time along with Pokémon, which is also a mega hit from the company.

If you’re always on the lookout for new Mario releases, you must know about Paper Mario. It’s a role playing game published by Nintendo for the 64 console.

Originally debuted in Japan in 2000, it made its way to the international market a year later. What makes this game unique is Mario is presented in a 2D cutout.

As for the story, he remains as the protagonist with a quest to save Princess Peach from Bowser. Only this time, as she was held hostage by the evil Bowser, her castle was also lifted into the sky.

It’s not easy for Mario to bring back the princess because thanks to the Star Rod stolen from Star Heaven, Bowser could keep himself out of sight.

To break the curse, Mario should find all the missing star spirits under the clutches of Bowser’s minions. If you’re curious about the game design, you can look at the Paper Mario iPhone wallpapers displayed here.

Just recently, the company decided to come up with another paper version called Paper Mario: the Origami King.

As the name implies, this game is filled with characters resembling sculptures made of sheets of paper.

The anticipation was high for the game as evidenced by how quick the fans made it shoot up the Amazon charts. It’s now up there with Animal Crossing: New Horizon in sales.

In this game, Mario once again comes in 2D paper figure. The difference is the villain is now called King Olly. He cursed Mario’s friends into paper sculptures.

Another plot twist in this game is his mortal enemy Bowser is actually on his side for once.

He helps Mario stop the evil king from turning the world into paper.

The popularity of this game could be seen since the official trailer was dropped back in May. It has amassed about 5.5 million views.

The trailer showed elements that make this game worth-waiting. The gameplay was amazing and the origami figures were terrific. They created an incredible contrast against the 3D environment.

3D games are all the rage right now, so who would’ve thought that this kind of combination will look terrific when done right?

If you haven’t had played this game yet and want to know the playthrough, we’ve provided some screenshots on this page.

You can use them as Paper Mario iPhone wallpapers.

Does playing Mario as a cutout feel foreign to you?

It’s normal to feel that way because we’re used to seeing Mario move freely with his body parts swinging around.

It feels even stranger because the landscapes are set in 3D, like can you imagine the characters are in 2D yet the surroundings are rendered in 3D?

That will leave a unique impression for sure. There are many games in the franchise, but this one in particular, you get to have your hands on it.

No, it’s not about it selling great or something of that nature. You should try the Origami King for the experience. If you weren’t convinced enough, the pictures shown on this page might pique your interest more.

This wasn’t the first time a Mario game was depicted in a playful way. If you’ve been following RPG adventures in the franchise, you should be familiar with the interesting twists that all those games have. What makes an RPG game great isn’t just the long adventure, but also the storyline as well as the battle.

In this respect, Paper Mario truly shines. The 2D characters exude a sense of charm. They’re all adorable, even the ones that are supposed to be the enemies. If the 2000 version of paper Mario was focused on locating Star Spirits, here the player’s goal is to get rid of the ribbons, so that you can enter the castle.

At some point, you’ll come across the Princess in her origami shape. Apparently, she and the rest of the kingdom are under a spell of the wicked villain.

The premise may sound absurd, but it doesn’t make it less evil. Those paper figures do look cute, but as you discover the antagonist’s intentions, this game will go dark real quick.

Considering the Origami King is new, you may not see too many fanart wallpapers yet.

But then again, Super Mario is highly popular and the initial sales kind of proved that the fans would stick with the franchise no matter what. We’re sure as the game ages, we’ll see more creative pics inspired by the game.

Keep in mind that this is not the first paper Mario ever made. The original was released years ago, followed by other installments like Super Paper Mario and Paper Mario: Color Splash. There wasn’t really a long break in between.

In the new game, you embark on a journey through abandoned sites, underwater dungeons, and other amazing places. As you’re doing this, you can unlock new areas, battle the enemies, and then destroy the ribbons. The mechanics resemble those of other RPG titles.

There are a number of weapons as well as extra members. Meanwhile, the fight follows a turn-based system.

Is it costly to play the Origami King?

It’s comparable to other Mario games. And besides, a lot of creativity and thought are put into this, so the $59.99 price tag is very reasonable.