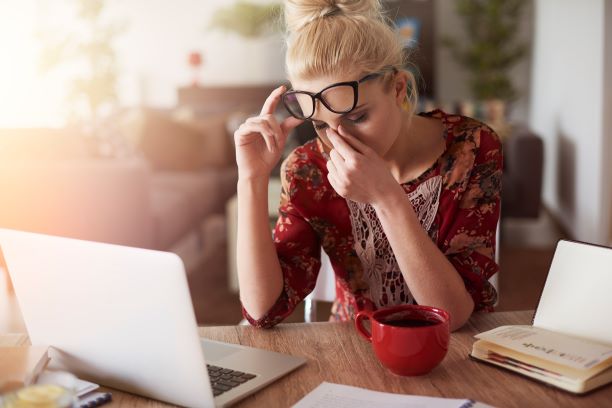 Digital eye strain is a condition in which the eye suffers from fatigue due to prolonged exposure to light emitted from a digital device.

Blue light especially has long been linked to this problem. The worst part is it’s produced by devices we encounter daily, including laptops, Smartphones, tablets, and televisions. The reason why staring at a screen puts the eye under so much stress is because a digital screen is different from a printed page.

The latter doesn’t produce light, while the former does. Besides, the level of contrast varies for both with the digital screen having it lower than the other. Our eyes tend to work harder when looking at text on a screen than on a printed page.

The constant pressure is what causes the tension, which could trigger eye strain. This condition often manifests as tightness, pain, and headaches.

What is blue light?

Blue light is a specific wavelength of light that has high energy. It has the ability to pass through the cornea and reach the deeper parts of the eye. Constant exposure to blue light has shown to cause problems like macular degeneration and cataracts. In short term, it can also cause temporary problems like eye strain and sleep disruption.

Blue light is pretty much unavoidable as things have become increasingly digital these days. For example, almost everyone now has a Smartphone and that was one of many devices that generate this light.

For your information, blue light also exists in nature. However, digital devices usually emit it in higher concentrations, which mean the impact could be bigger and more long-lasting.

Having too much time with gadgets can lead to sleep problems like insomnia. Hence, don’t play till late at night because you can have trouble sleeping afterwards.

What’s about blue light that makes it affect the sleep pattern?

It’s believed to cause disruption in the production of melatonin. Melatonin is a hormone that induces sleep. At night, its level in the body gradually increases.

But if you let blue light comes along when the body prepares itself for a sleep, it will mess with the release of melatonin. As a result, it will be harder to fall asleep. There’s a reason why we stay awake and feel more active during the day.

How do you treat digital eye strain?

Gaming glasses are a type of eyewear that can protect your eyes against harmful factors like blue light and glare. Many people found their symptoms improved after wearing these special glasses.

Some have decent price tags, others are quite affordable actually. You can get a pair for as low as $30. The fact that many gamers wear gaming glasses is quite a testament that they do work.

These glasses come with special coatings that make them effective to filter out blue light and glare. Besides, some can also increase contrast especially the ones with tinted lenses.

It seems that many gamers like to play in the dark. While it sounds fun, a lack of illumination in a room forces your eyes to work harder. It would be worse if the screen brightness is set to high.

Many gamers complained about suffering from headaches after playing games. That’s not only the duration, but lighting condition also plays a role. Avoid playing with lights out. Instead, turn on the light.

It doesn’t have to be overly bright, just adjust it to your comfort level. There are different types of lights you can install in the room to create an inviting atmosphere.

It’s important to take a rest every once in a while. There’s the 20-20-20 rule which suggests that we should only stare at a screen for 20 minutes max before looking away to relax the vision. The rest should take about 20 seconds. And look at an object that’s 20 feet away.

The thing is gaming is too fun that this rule seems hard to comply with. Well, if you care about your vision, please rest your eyes before fatigue kicks in.

It’s also related to the previous point. Limiting screen time means reducing the time spend on gaming. It can be hard for a hardcore gamer, but for the sake of your health, please do it.

Eye strain typically starts after using a digital device for 2 hours. A 2-hour duration should be long enough for you to play your favorite game. Stand up from your chair and look out of the window for some rest.

Are you still conflicted between clear vs yellow gaming glasses? If so, ask yourself the level of blue light protection you need and if color distortion is a problem to you. Both glasses can shield your eyes against blue light exposure, but they have pros and cons. Clear glasses are in no way bad. They…

Gaming glasses are easy to find. What’s challenging is to find ones designed for eye disorders like farsightedness and nearsightedness. Is it possible to benefit from gaming glasses when you have one of these problems? The answer is yes. Actually, blue light glasses can be used in conjunction with prescription glasses. They often come with… 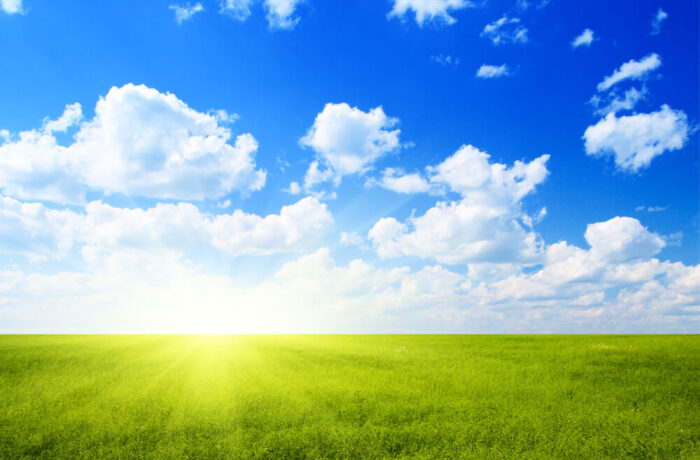 Blue light has become a buzzword in recent years because it could be a factor for the development of macular degeneration and other vision problems. There have been reports saying that it contributes to a condition called digital eye strain, which is characterized by tightness in the eye, headaches, and blurred vision. According to Harvard…

The best gaming glasses for kids are similar to those for adults in the way they protect vision against damaging factors, like glare and blue light. Who said only adults should wear them? Anyone who uses Smartphones and laptops can consider buying this special eyewear. Depending on the time he spends in front of digital… 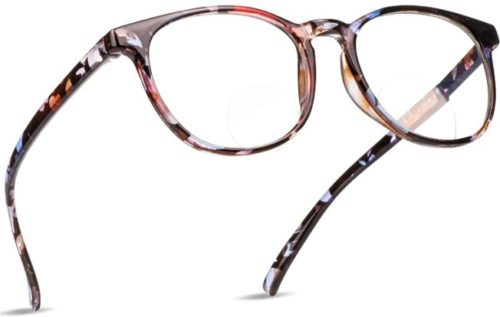 Choosing between traditional vs. digital eyeglass lenses could be a tough call, but you have to know the difference before making a proper judgment. Apparently, digital lenses are one of the most important innovations in the world of prescription glasses. Many people have experienced how much of an improvement digital lenses are compared to the…

Anti glare glasses come with a unique ability to reduce glare, which in turn increases visibility. You can use them while working on your laptop or during night driving to block blinding lights of oncoming cars. Anti glare glasses have become a fast-growing trend because they offer many benefits. Some of these glasses not only…