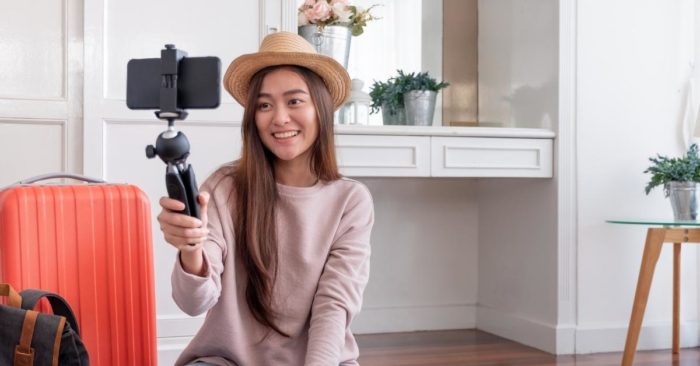 Vlogging has become an unstoppable trend in recent years, which is fueled by people’s affinity for videos over written content. With the growing number of Youtube users, it’s only logical that the number of vloggers also increases because they see a huge potential behind the platform’s popularity.

For those unaware, vlogger stands for video vlogger. Anyone who makes videos for education and entertainment can be considered as one. Another popular term to label this profession is Youtuber.

As you may suggest, a Youtuber is a vlogger that specifically makes videos for Youtube. Besides pursuing a passion, another thing that lures people into Youtube is because it offers money in exchange for views. That said, it’s not easy to create engaging content that will keep people wanting more. It takes hard work and proper equipment, which includes a powerful shooting device, like a digital camera or a Smartphone.

Is it recommended to use a Smartphone to record content? As long as it’s high quality, there’s no reason to exclude it from consideration. After all, Smartphone cameras are getting more and more sophisticated with each iteration.

The Best Phones for Vlogging in 2022

With cutting-edge technology Apple has embedded in its products, it’s a no-brainer to pick any of its latest releases to carry out day-to-day tasks. The iPhone is one of the company’s flagships known for its superb quality.

There are several models, but which one is suitable for vlogging?

The iPhone 11 is nice thanks to its broad compatibility with Apple products. Besides, it’s also supported with a double camera which boosts its functionality.

The color reproduction is spectacular, and most importantly, it’s presented with high accuracy. It’s necessary for vlogging as we don’t want too much distortion happening prior to editing. Apple also went to great lengths to optimize the sensor, so it could work efficiently with the new chipset.

This results in major improvements in various aspects of the camera, including the smart HDR, depth control, and speed. Additionally, you can count on it to record in extreme situations, like when the lens directly faces the sun.

Samsung’s high-end offerings rarely disappoint, just like the Galaxy S20 Ultra. For the price, you’ll get a Smartphone with a staggering 108 MP camera, more than enough for daily vlogging. It’s also 5G supported, so the connection should be the least of your worries.

Another thing worth shouting about is the 100x zoom capability. With this, you can record 8k videos at 24fps effortlessly. It captures the finest details with breathtaking colors.

As for storage, the built-in memory amounts to 128 GB. It’s nothing to write home about since it’s quite the norm in newer Smartphones. If you need more to store files, take advantage of the expandable memory which can support up to 1TB. Another highlight is the 5,000 mAh battery, a decent capacity to let you record long videos.

Despite all the great features, you may find it a bit too heavy, but it fares better than the average DSLR. Using it with a gimbal might help alleviate some discomfort as it keeps hand movement to a minimum.

The Google Pixel has a 2 camera setup on the rear, one is the standard lens, and one is the telephoto lens. Unfortunately, there’s no ultra-wide sensor aboard, which makes it sort of incomplete compared to triple or quad-cam models.

Quality-wise, though, the 12.2 MP sensor really gets the job done. The telephoto lens produces similarly remarkable shots whether it’s in full sun or low-light conditions. The device can record 1080p footage at 30fps, which looks good enough with no obvious motion blur. It also benefits from frame-rate switching and gyro stabilization for smoother footage.

Now move on to color rendering, there isn’t much to complain about because it truly shines with vibrant color reproduction and good white balance. At the same time, the telephoto lens also delivers promising results though it stutters a bit when recording distant subjects with zoom enabled. The good news is what it lacks, it makes up for with fast autofocus that ensures no fleeting moments are missed.

This is another great pick for vlogging because all sensors mounted on the back deliver fantastic performance. With the primary 50MP sensor, you can record HQ videos in all lighting scenarios. The pixel binning incorporated into the system further improves the dynamic range. Likewise, indoor recording is impressive thanks to the clocking scheme technology.

It’s not all surprising that the rest of the cameras also produce amazing results. We’re talking about the ultra-wide 40 MP sensor and telephoto lens. The latter has specs carried over from the predecessor but still manages to reach 5x optical zoom.

Does it make a good option for photography? You don’t need to have a first-hand experience to see what it’s capable of. Each camera is true flagship quality, so it should be good for photography.

As for video content, the Huawei P40 Pro is one of the best you can find in the market. Noise reduction and details are well-maintained. It can also capture footage with 4k quality at 30/60fps. Even at a high resolution, videos play smoothly. That’s attributed to the snappy video stabilization, which dramatically eliminates jitter while shooting.

Those seeking an exciting videography experience will praise this device to the high heavens. There are many things we can talk about the OnePlus 9 Pro, but the camera particularly is a major highlight. Let’s start with the wide dynamic range which allows it to capture pics with even exposure in high contrast scenes.

It would be useful when you record videos in broad daylight with shadows everywhere. Color rendering is good, and white balance helps correct unnatural color casts. Skin tone is also pleasant to look at, but we believe there is room for improvement.

When it comes to detail, the stunning results are indicative of its powerful sensor. Day and night, it tackles both conditions very well.

Since the Smartphone has multiple cameras, there’s a lot you can explore. The main one comes with a 48MP resolution and an aperture of f/1.8, while the ultra-wide and tele are 50MP and 8MP respectively.

Picking a Good Phone for Vlogging

Triple or quad-camera setups make single cameras feel obsolete. The addition of those new lenses isn’t just to level up the aesthetics. Each one actually brings something to the table.

The standard lens, the one we’ve always used prior to the onslaught of these new cameras, will always be the basic addition. And then, there’s the ultra-wide sensor which aims to expand the field of view, making it ideal for capturing landscapes.

The telephoto lens acts as a magnifier to provide a clear view of distant subjects. Others you may find crammed on the back include depth sensor, macro, and monochrome lenses.

The constant ads bragging about high megapixel count on Smartphones lead us to believe that higher megapixels equate to better quality. There is some truth to it, but the resolution isn’t everything.

That said, it doesn’t hurt to have a Smartphone with a high MP sensor because it means more details can be captured.

Aperture is important as it’s analogous to how the iris regulates the amount of light entering the eye.

If you’re highly concerned about video quality, then this aspect is not to be overlooked. It’s written as the f-number, with a larger number denoting a smaller opening.

A larger aperture translates to more light-capturing potential, but it also directly affects the field of view.

This information is usually included in the specifications, so you can learn about it in no time.

Some devices claim to record 4k videos, which are awesome though it needs to be followed by a higher fps as well. A good mix of the two results in a video that looks smooth and detailed on a larger screen.

It’s hard to keep the hands steady while recording, so something needs to step in and fix our human mistakes. That thing is called video stabilization. Regardless of how the company approaches that, when they get it right, videos won’t show noticeable blurry moments even if you move the Smartphone aggressively.

You can check it out by watching video samples on Youtube. Just type in the Smartphone model and insert ‘video samples’ into the keyword. You’ll see a bunch of results especially if the device is immensely popular.

Do Youtubers use their phones to record?

Yes, absolutely. Nowadays, it’s hard to tell whether a video is recorded using a Smartphone or a digital camera because the resemblance is uncanny.

But to get this kind of experience, you need a flagship device, one that’s deemed as the greatest from a brand.

What phones do vloggers use?

They usually aim for new releases because the cameras are miles better than the earlier generations.

The Huawei P40 Pro, OnePlus 9 Pro, and Samsung Galaxy S20 Ultra are some examples. And of course, the iPhone series also deserve a shootout because it’s revolutionary and has a humongous user base.

Yes. As long as it’s a newer model with advanced camera technology, it would be sufficient for making daily vlogs.

What is the best budget Smartphone for vlogging in 2021?

You can consider the Samsung Galaxy A70, Oppo Reno 3 Pro, or OnePlus 6.

A camera is an essential weapon to every serious vlogger because engaging content starts from here. It comes as no surprise that people make a big deal out of camera features because we all want the best quality.

Fortunately, Smartphones are getting better on various fronts, including cameras, making them an ideal choice for videography. But please keep tabs on the specs because not all devices are created equal.

There are some truly enhanced to deliver fantastic images and videos. They are what you should consider for your vlogging needs.

Pivo vs Pixio：Which is The Best Option for You? 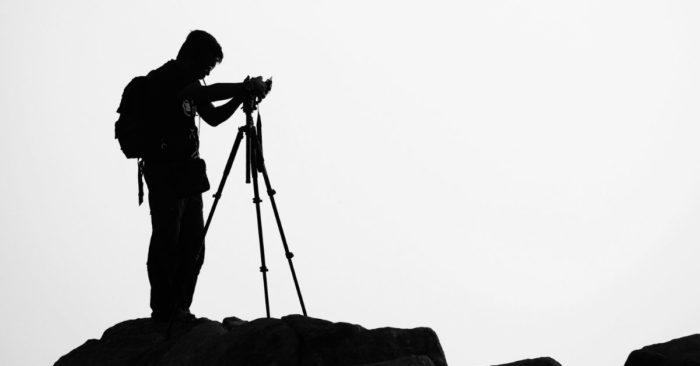 Getting the right composition is required to produce a high-quality image. In this situation, a tripod comes in handy. You can focus on this aspect instead of worrying about the… 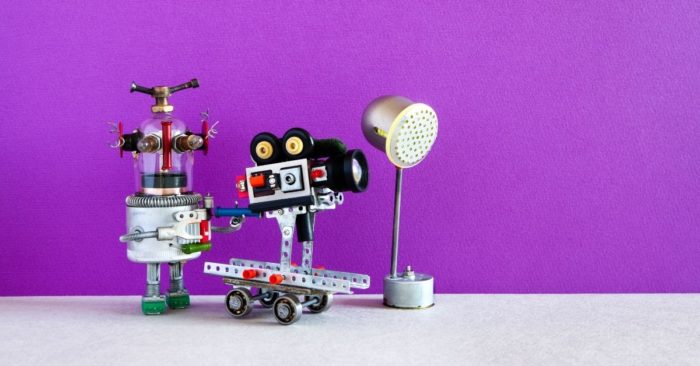 Are you looking for a good sports auto follow camera? or perhaps for horse riding? For your convenience, we have compiled and reviewed some of the best sports auto tracking cameras in this article. 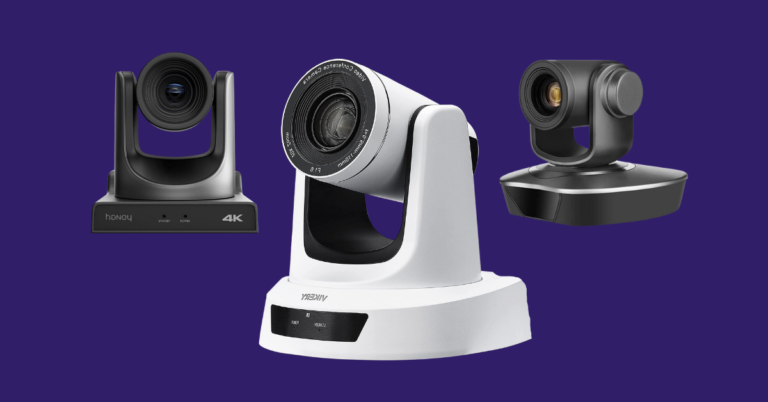 Creating engagement through interactions with students will keep the class more interesting for both parties. As a result, if you need the best auto tracking camera for classes, you should… 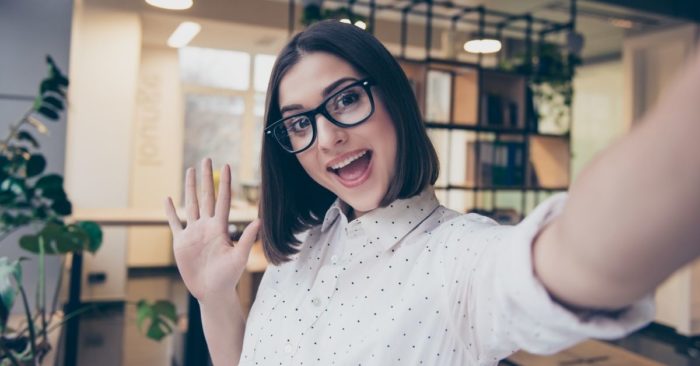 Taking selfies has become a necessity for many because advances in camera technology allow us to take photos more than we could’ve ever imagined. Camera resolutions keep growing steadily, which… 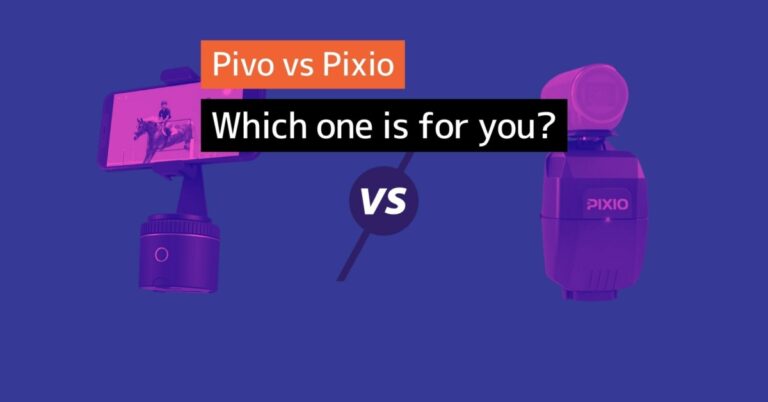 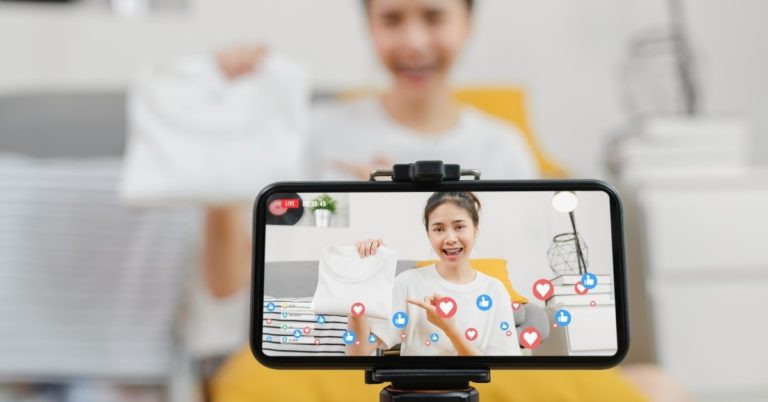 An auto-tracking camera does exactly what its name implies. It’s a camera that adjusts automatically to follow the movements of the person being recorded. This advanced feature eliminates the need…