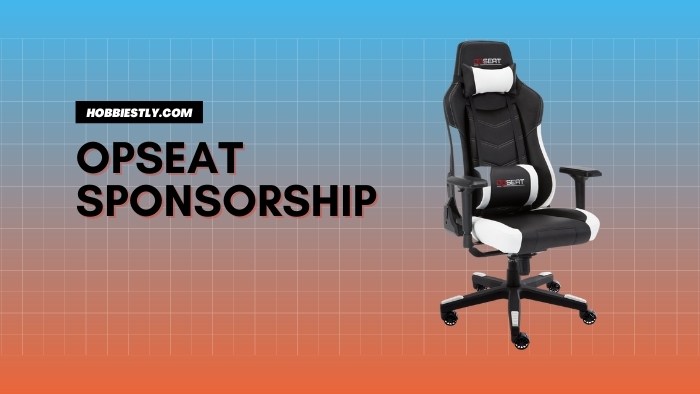 Gaming chair brands are diverse. There are probably names you haven’t heard of before.

Are you familiar with OPSEAT? This is a small company based in Florida.

OPSEAT is special because it was brought to life by people who had a passion in eSports.

They were Seth Mattox and John Rendemonti. Back to 2011, the duo tried to make money out of providing eSports training services.

By 2015, they became interested in gaming chairs as there was a growing concern over back pain among gamers. They saw an opportunity in that, and then came up with a brand called OPSEAT.

Another selling value of the brand was the competitive prices. Its products consist of chairs and a desk.

If other brands have a website to promote materials, we couldn’t find one for this brand.

Having said that, the products are still available for sale on Amazon.

They come in two main variants, the Master and Grandmaster.

Additionally, the base is made of a sturdy metal, can hold weight up to 300 pounds.

The Grandmaster isn’t much different except that it’s relatively bigger in size, which results in a higher price.

Partnering with an eSports team is a good way to reach a broader audience because each team has its own following.

OPSEAT has done this by teaming up with Echo Fox.

Through the partnership, the players had a chance to test out the company’s chairs.

Echo Fox wasn’t new to such a deal because it had entered into a sponsorship with Vertagear before, which is also a prestigious brand in the industry.

They said that the players had long appreciated the company’s effort in making products that catered to gaming enthusiasts.

Other teams that it has supported include the San Fransisco Shock and NRG eSports.

As for the gamer sponsorship, it was present at some point on the website.

But now, it’s no longer accessible. Although you can still find the details on other sites, it’s likely that they no longer accept new applicants.

It was offered in several tiers, namely;

An affiliate program was also on offer. It rewarded members with $15 on each sale.

Normally a program offers a rate instead of an amount, but $15 for a chair sold doesn’t sound bad at all.

The biggest prize was a free seat that members were eligible for when they could sell a total of 10 chairs.

The affiliate program was up on the site, but now that the website is gone, we can’t take a peek at the program as well.

According to other sites, the application form doesn’t differ much from others.

It asked information like name, email, country, and links to social media accounts.