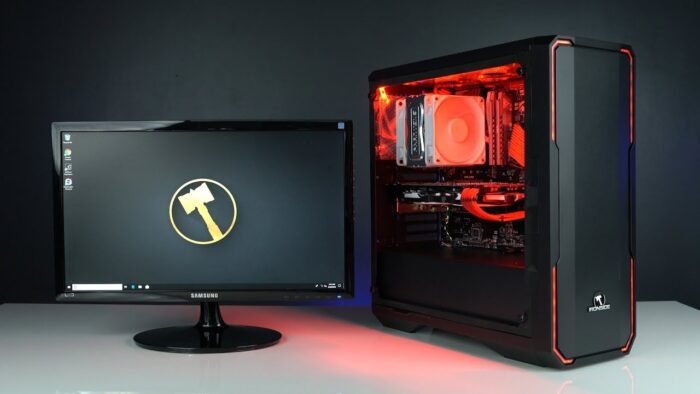 It’s always interesting to learn the history of a company especially when it is a name we have never heard of before.

If you’re into gaming, hardware is the first thing to consider in beefing up your battle station. Needles to say, games are becoming more demanding when it comes to data processing.

You wouldn’t want a computer that has a hard time running your favorite games.

That’s where a gaming expert needs to intervene. Ironside Computers is one of that brands you can rely on for terrific gaming hardware.

It started with a gamer a named robert. As a hardcore gamer, he felt tempted to assemble his own system. He then came up with his first creation, and soon got hooked.

It turned out that friends heard about it and told him to make some for them as well. That’s how he started to build a clientele.

By the way, the name of the company originated in Robert’s living room.

From the humble beginnings of a passionate gamer, Ironside Computers continues to evolve with great passion and dedication.

Ironside Computers makes it clear that it offers sponsorship opportunities to streamers and Youtubers.

However, the company announced the program for Twitch users only. So if you don’t have an account on the platform, go sign up first.

Of course, it should be more than just a regular account. Only those who meet the requirements will be accepted.

For Youtube, you need to have a minimum of 50,000 subscribers and 10,000 views on each video. That doesn’t seem to be difficult for streamers who’ve been making vlogs for quite a while.

But if you’re new to the scene, it will take time to hit the mark. Keep creating content that can attract views.

As for Twitch, the requirements are a bit looser.

Each application will be reviewed individually, so don’t give up too early before you actually do something.

Just submit the form and wait.

If they think you’re good enough to promote its products to your viewers, the representative will reach out to you and say something you’d love to hear.

Luckily, you don’t have to think how you’re going to compose an email since the company already provides an application form.

All you have to do is fill in the blank fields. Follow this link to open the registration page.

As you can see, the data requested is not too personal. It’s just common credentials like name and email address along with necessary information about followers.

It’s worth-noting that the representative may not reply back instantly. That’s because many people are in your shoes as in waiting for their applications to be reviewed.

Give them time to learn the information you’ve provided. If it meets the criteria, they’ll contact you back sooner or later.

Let’s say you’ve been accepted, what’s the next step to take?

The company will explain the benefits you’ll get from the partnership. At the same time, they also outline your responsibilities.

Do what you’re required to do because if they’re satisfied, they may agree to renew the partnership.