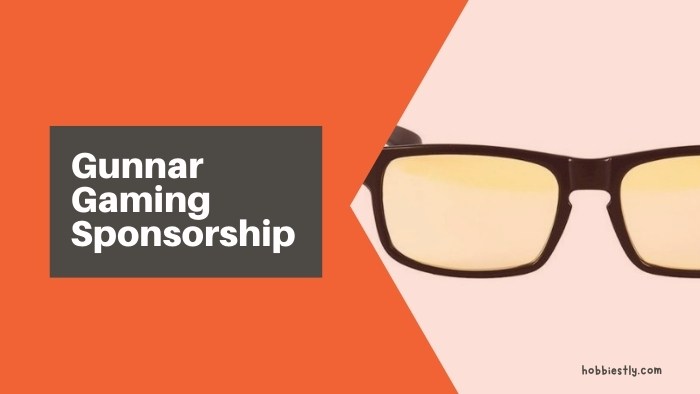 Digital eye strain is a common problem faced by those who use laptops or PCs a lot.

Apparently, all digital screens can cause eye strain, which is why we’re advised to set limits on screen-on time.

Whether you’re a gamer, an office worker, or a tech savvy, staring at screens for extended periods of time can tire the eyes out.

With the increasing use of digital devices, this also becomes more and more difficult to escape.

Fortunately, there are companies like Gunnar Optiks that care about your eye health.

Founded in 2006, the company creates special glasses that can efficiently block out blue light and glare, two risk factors for vision problems.

By wearing them during a gaming session, you can reduce the onset of eye fatigue dramatically.

They offer many benefits, for instance, they act as a shield against high-energy blue light.

Though it exists in nature, the spectrum emitted from digital screens is closely linked to eye fatigue and other problems.

With all the properties, wearing a pair of Gunnar Optiks glasses is a good decision as it keeps you from eye strain.

Although Gunnar Optiks has become a leading manufacturer of gaming glasses, we seldom hear about its partnerships with teams and players.

That’s because the company has its own approach on promotion.

From an interview, it was revealed that the company didn’t believe in investing a large sum of money in advertising.

Instead, it used some of the profits to further develop its products.

This is a good move because it will benefit gamers eventually.

The company has always been about the word of mouth to bring awareness to blue light effects.

The Best Anti Glare Glasses for 2021

Instead of shoving it down people’s throat, the company opted for the slow and steady approach.

And it did wonders for the brand as people have gotten increasingly aware of the exposure and problems that it causes.

This also becomes an opportunity to introduce its line of products.

Having said that, Gunnar Optiks isn’t totally absent from the eSports scene.

It has partnered with organizations like ESL and Coke eSports.

With the ESL, the deal was a licensing agreement which allowed the organizer to design its own glasses for the duration of the contract.

Gunnar Optiks offers an affiliate program that rewards members with a commission on each qualified sale.

The next step is to promote through your website or social media followers.

For the record, the affiliate program is under direct supervision of a team at Onestop.

If you have questions to ask regarding the program, feel free to contact via email.

Members are not the only ones that will benefit from it. Your visitors will also be greeted with exclusive offers.

For registration, you need to send your submission to [email protected].

Besides name / username, make sure to write down a brief explanation of yourself and content that you create.

What else? Links to social media accounts are also necessary.