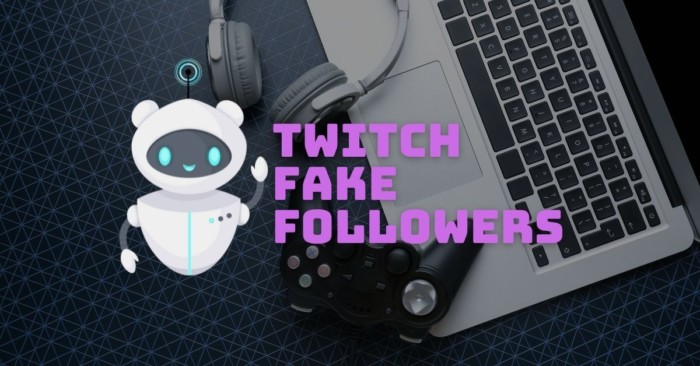 In this post, let’s talk about how to perform a Twitch fake follower check.

Anyone who aspires to be a Twitch streamer should come to grips with the reality that they will be a target of fake followers sooner or later.

Twitch has been having this stubborn problem for a long time, which is comprehensible given the site’s popularity.

Fake followers have no real users behind them. They’re simply a means to manipulate and bolster a channel’s profile by giving a false impression of popularity.

Bots aren’t always a nefarious strategy to crush the competition. In many cases, they’re installed by streamers for their own benefit.

Using a bot just sets you up for a major letdown because this activity violates the Terms of Service.

If you can’t escape the crackdown, you’ll lose your account. There’s no point in doing it for temporary pleasure.

It’s not worth the time and effort in the long run.

How can you tell if Twitch followers are fake?

After the wave of bans Twitch did to millions of accounts in 2021, it’s safe to say that none is safe from fake followers.

Some of the biggest streamers were impacted dramatically, where they lost over 2 million rapidly.

Even if you haven’t seen that sort of figure, yet, some of the followers are likely fake accounts that contribute nothing to your channel’s growth.

By the way, at the time of writing, we haven’t come across a tool to inform about fake engagement. If you could find any, please be wary of the legitimacy.

Some may claim to delete unreal followers but be sure it doesn’t do more harm than good.

Twitch has its own algorithms to fight against bots. It’s better to just focus on building your audience because there’s no way to stop bots from seeing your broadcasts.

Once they infiltrate your space, your option is to survive it or fly by restarting the ongoing stream.

You can, however, block unwanted users if they keep harassing you in chat.

Blocking a user ceases your interaction with them, so they’re no longer able to whisper, subscribe, and host you next time.

What happens if you get follow-botted on Twitch?

You’ll gain a fair amount of followers over a short time period. This would be apparent when you keep track of your channel’s growth.

Any irregular pattern especially one denoting a steep increase might reflect a raid.

The sizable wave of followers can be real if someone is generous enough to send their fans to your stream. As such, you’ll see an upswing in activity in the chat.

But if the influx comes from bots, they’ll just bloat your views without being active participants.

Any inexperienced streamer who witnesses tons of viewers flocking in the stream will feel overwhelmed because the alerts keep popping up.

It’s okay to get the wind up in this situation, but as we’ve always said, Twitch won’t hold you accountable for somebody else’s mistake.

Just mute the alerts if they drive you crazy. This feature is usually available no matter the program you use to trigger alerts.

How can I see my followers?

You can view your followers via the web app or desktop app on a device running Windows, Mac, or Chrome OS.

The process for all systems is fairly similar.

You’ll see the users that have followed your channel here.

Can you remove a follower on Twitch?

You can use tools like Commanderroot’s follower remover tool for getting rid of the unsolicited following.

Choose the option that’s in accordance with the action you want to perform on a specific user.

Should I ban bots on Twitch?

If you have time for that, then why not?

Fake followers mostly affect the impression of your channel. They give nothing other than a boost in follower count.

While having a lot of followers sounds dreamy, it doesn’t feel that way when the engagement is low.

Fake accounts do not interact in the same way that real ones do, so they contribute almost nothing.

They just pretend to be followers, but they make the channel look bad, especially when Twitch decides to purge them. And a significant loss of followers will occur once the company has completed the clean-up routine.

Having said that, bots are a very common problem, but they won’t risk your reputation or account if you never run afoul of the recommended guidelines.

Yes, Twitch has declared a battle against bots by consistently removing them from the system.

It conducted a massive crackdown in 2021 to curb artificial engagement. It won’t be surprising if another is on the horizon.

A proactive approach from streamers is also needed to prevent the pervasive spread of fake accounts. You can help by reporting what you believe as bots. 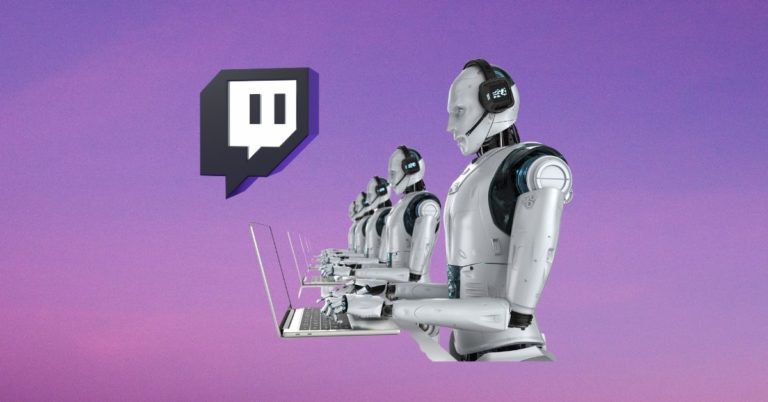 Are you a twitch fake viewer victim? Worried about getting kicked off the channel? Then you’ll definitely like this post. 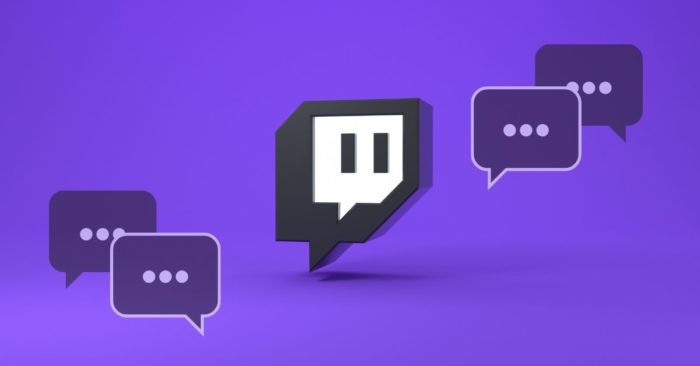 Looking for a chatbot to assist you moderate your chatbox as a streamer? If you are overwhelmed by the number of messages pouring in and are unable to focus on your games as a result, you certainly need a Twitch chatbot. 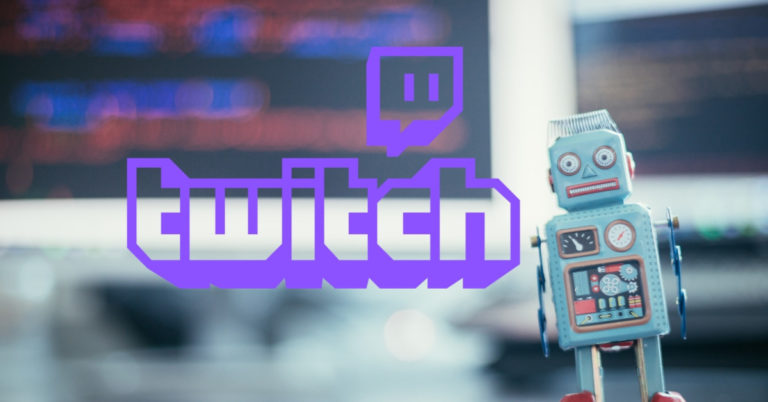 Why do bots follow you on Twitch? This is an intriguing question that might boggle your mind. As a streamer, artificial engagement can haunt you even if you’re not involved… 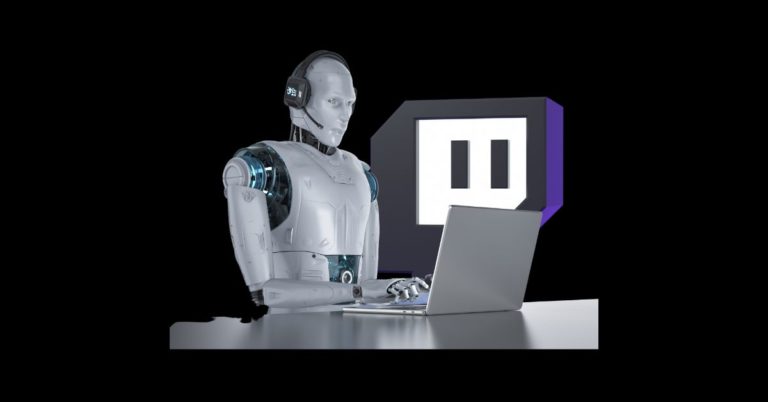 If you stream, you’ve probably either heard the word “viewbotting” or been a victim of it. So, how can you tell if someone on Twitch is Viewbotting? Here’s the guide. 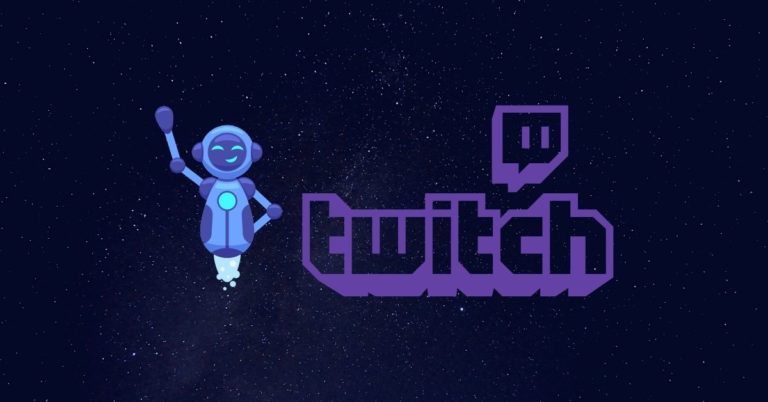 Looking for the top viewbots on Twitch? If you already knew that this goes against Twitch’s Terms of Service but don’t mind taking the risk, this article is for you.