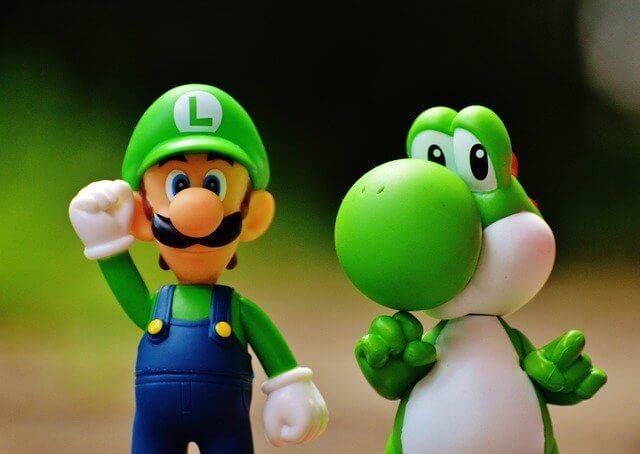 Discovering Super Mario World cheats is fun. However, that’s not an easy thing to do. Some cheats are complicated enough that they’re impossible to do by accident.

For example, a cheat may require you to carry out a series of actions in a timely manner. If you fail to do so, you won’t be able to unlock the hidden trick. That’s why for some cheats, you’d need guidance from those who’ve found them before.

The good news is we have the internet where all kinds of information exist. If you’re curious about cheats in this Mario game, you just need to search for them using appropriate keywords.

There are two possible outcomes of this trick. The first one is you might see the screen freeze. And the second one is you’d see infinite coins. To do this, you must ride Yoshi and have Fire Mario as well as a cape feather in reserve. Or you can also do it with a Fire Flower.

As you’re riding Yoshi, wait until you see a berry suspended in the air. Stay just beneath the berry and then release the item in the inventory. Wait until the feather comes close. Once it’s close enough, jump and eat the berry.

You should also touch the feather at the same time. Done right, the screen will freeze. Picking up the power-up right after Yoshi swallowed the berry would cause the coins to increase. If you’re lucky, you can get access to 99 lives.

Play through the level as normal until you spot a large blue pipe. Enter the pipe, and you will be taken into a room below ground level. And then, you must hit the question mark block to release an air balloon.

Go to the very top to you stay afloat until the next balloon comes along. Once you see another question mark block on your way, hit it again and jump onto the balloon.

At some point you should see 2 yellow blocks on top. One is empty, while the other one has an extra life. Go find out which one keeps a life inside.

This trick should be done in Chocolate Island 5. Just start the level until you reach the midpoint. The most important thing in executing this trick is 2 P-Switches. Yep, you’d need two of these to release 1-Ups from the block configuration.

After you’ve arrived at the location where there are two P-Switches nearby, you must get both and put them at the bottom platform. Use the video above as a reference if you don’t know where to locate the specific area.

Basically, you’d see a lot of trapped Spinies around that location. Find one of the P-Switches on the highest platform, while the second one, it’s on the base platform. What you have to do next is overlap both of them. When done correctly, one P-Switch will hide behind the other, so only one would appear on the screen.

Find a 9-block panel with a question mark block. Destroy the upper left block and the one below it, leaving 7 others intact. Now bring the P-Switches here, position them to overlap the middle right block. Let go of the switches, it will cause 1-Ups to burst from inside the block.

To do this trick, first get Yoshi in Cookie Bridge and make sure to avoid the Yoshi wings. Continue the level in normal form, but when you’re about to finish, jump under the goal followed by releasing Yoshi, so that he goes to the platform located next to the goal.

As for you, just continue the game until there’s another goal line in sight. The next important step is to cross it. If the sequence was done correctly, this should result in an unlocked soda lake.

For those unaware, this is a water level where you can find a bunch of torpedo teds and cheep cheeps.

To get started, head to Yoshi’s Island 2, and then get a Yoshi. Use him to eat the red shell you find along the way. Right in front of the shell, there are two bushes. You must jump and then fire the red shell. Continue by running on the platform until you find the green shell, eat it once again.

Keep in mind that as you do this, the fireball that had been spit before would still be following you from behind. Shortly after crouching and putting the shell down, hit left on the controller. Just as the fireball turning the shell into a coin, move right followed by hitting the X and A buttons on the gamepad.

Mario will dismount and Yoshi will reach the coin using his tongue. The last step is to hit the R shoulder button to scroll the camera.

If you did it right, the cloud should show up in the item box.

First you have to complete Donut Plans 1 first and with the key. And then you’d see a dot in the water. You must complete it as well by getting the key. Once you’re done, head off to a Ghost House right towards the first door. Move left and try to locate a P. Bring it closer to the door floating in midair.

Instead of getting inside, you have to jump over it and hold on to the vine crawling up from the middle block. Follow it, land on the platform on the right side. There’s a blue door at the very end. You’re supposed to enter it before it’s gone.

To find the star road 2 entry, you must complete Vanilla Dome 1 with the key. Once it’s complete, you’ll have an access to Vanilla Secret 1. Just follow it to the point where you spot a spring rod. Take it to blue blocks. It’s important to note you have to fill the blocks first. Place the pod on the blocks.

The next step is to jump up. Pay attention to the green pipe on the left side. Get into it and make it to the finish line. Done successfully, you should see the star road.

Are you in need of extra lives to beat the game? You can find a lot of them in the Forest of Illusions 1. Play until you’re about to reach the halfway point. Keep going, you’ll come across a box with changing power-ups. Wait until a feather shows up and quickly hit it. This will cause it to turn into a star.

Go grab it, proceed with defeating all enemies escaping from the yellow blocks. At some point, you’ll start earning lives. This is an easy way to collect extra lives.

9. Dying in the Top Secret Area

You never know at what point in the gameplay you’ll lose a life. But what if it comes unexpectedly? Normally, we’ll lose a life when we fail to defeat the enemies coming along. But there’s a place in the Top Secret Area where you can die without enemies attacking you or falling into a pit. Here’s what to do.

Get the mushroom in the second block, flower in the first block, and then feather in the fourth block. Flower will come down from reserve, you should jump to reach for it while hitting the middle block. Yoshi will show up over it. Hop on yoshi, and then jump to the right of the screen.

Yoshi will magically appear under the fifth block. Hit it to reveal the feather, get on Yoshi’s back and move to the very right. Jump off Yoshi and then take the feather at the same time. You’ll fall through the solid platform.

There’s something you can discover in the first Ghost House. To find out, complete the following steps. First of all, you should find a ledge located on top left corner. Move to the right, don’t resist when you fall down. Ghost would be coming at you, but just ignore them.

Once you’ve arrived at the end, you’re going to fall again. Hit the boxes that you find right there, and run to the door. You’d be greeted with a 3 moon. Done right, you’ll be closer to the level above the Ghost House. You can get right into it and check out all the boxes.

There are 5 in total. Two from the left have flowers in them, while two from the right keep feathers inside. And the one in the middle contains Yoshi. Assuming that you already own Yoshi, it will change to a life, instead.

The most important thing in unlocking a hidden trick is by doing it right on the SNES. Some Supear Mario World cheats you come across on the internet may not work.

However, that doesn’t necessarily mean they’re wrong. They probably just need perfect timing because a slight difference in sequence of actions and timing can lead to failure. That’s why practice becomes important.

If you still have the SNES, you can learn about these tricks by playing the console. Some are easy, while others are more difficult. In case you can’t discover one, you can move onto another or get another reference discussing that trick.

This way, you know if what you did was wrong or the cheat simply didn’t work. 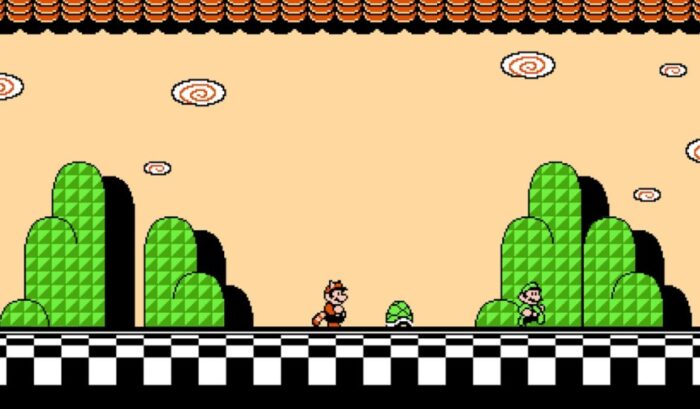 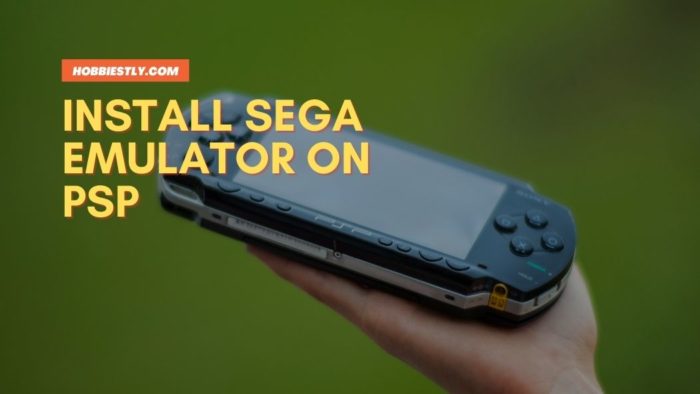 So you have a Sony Playstation Portable (PSP). You love Sega games. And now, you wanted to know how to install a Sega emulator on PSP? Well, First, you have… 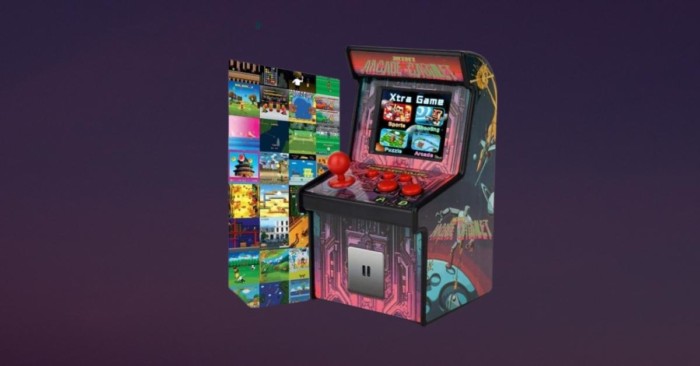 Donkey Kong is an arcade game by Nintendo that the main character was also named after it. As we know, it introduced one of the biggest characters in video game… 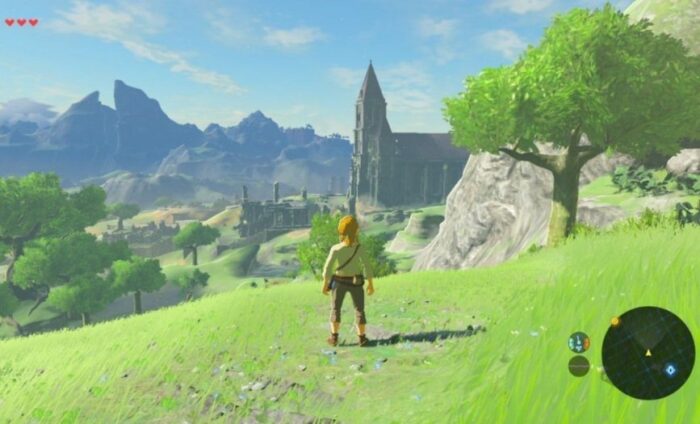 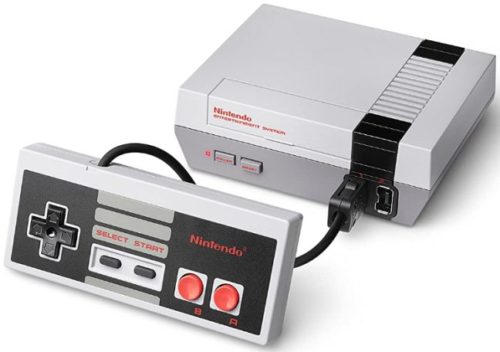 Game consoles are seen as fancy items by many kids, which is why many would beg their parents to buy one for them. One thing to remember is that consoles… 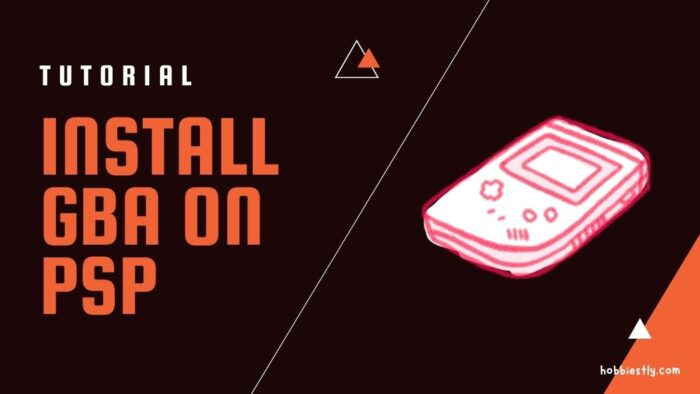 Every console is designed to play games native to the system. While some consoles also play the older systems’ ports, they’re still manufactured by the same company. Is it possible…