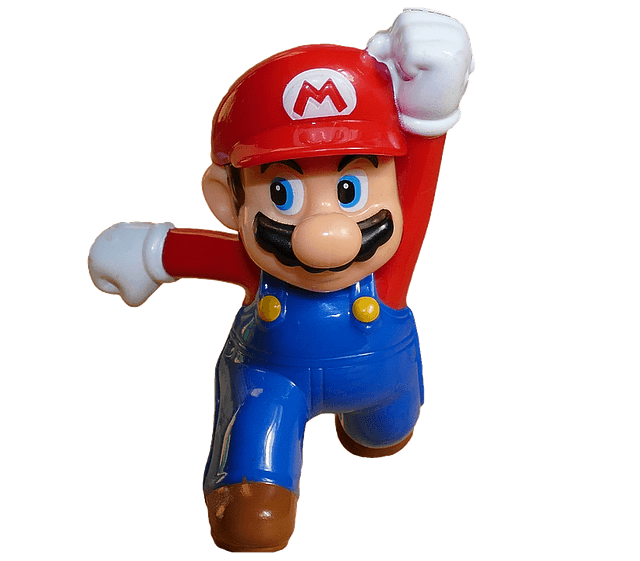 Super Mario Run is a Mario game designed for mobile devices. It can be installed on iOS and Android. As the name suggests, this game is all about Mario running. The player has no control over the direction where Mario is going.

All you have to do is control the actions as he’s moving to the right. When you see an obstacle, you can make him jump by touching the screen. There are 4 playable Modes in this game with the primary one being World Tour. In World Tour, you must run through a total of 6 worlds with an objective to save Princess Peach, something that’s still carried over from the original title.

There’s also Kingdom Builder in which you’re given the freedom to personalize your kingdom with an array of objects. There’s also Toad Rally, which is focused on race against other players. By the way, Mario games vary in difficulty. Harder games may tempt you to look for tricks that can help you overcome the struggles with ease.

However, cheats aren’t necessarily about hidden skills that give you an advantage. Some cheats are nothing but to add the cool factor to the game. If you’re interested in Super Mario Run cheats, here are some to discover.

Besides Mario, there are 5 other characters that you can play. However, there are requirements to be met before you can access any of them.

Connect the game to main Nintendo account, tap My Nintendo on the upper right corner, you’ll see rewards you can redeem with platinum coins. The good news is Toad doesn’t need any of those.

A simple tap on the character will cause it to unlock. And then, take a look at the Gift Box to see what’s inside. Next to his picture, there’s the ‘Receive’ button. Tap on it to unlock the character.

Getting Princess Peach takes more time as it requires you to beat the game, which means you have to complete all the Worlds in the game and end it with taking down Bowser.

Once you’ve done all that, the royal highness will be available to play.

As for the rest, you can get them by recruiting Toads to your kingdom through Toad Rally. In this, you should compete with other players by spending toad rally tickets. Although it sounds like a lot of work, that’s not especially that you’ve had 20 of them right after buying the game.

Of course, if you need more, you have to play through and get special coins. For Yoshi, the requisite is 30 Yellow Toads and 30 Red Toads. The players all have information on colored Toads. Make sure you pick the right player to compete against, so that you can get the right ones.

After collecting sufficient number of Toads, head to the shop, tap on the special tab, and then find Yoshi’s house. Next, the character will be unlocked and you can start playing it. Unlocking Luigi can be done in the same manner, but difference is Luigi needs more Toads, 150 purple and 150 green to be exact.

Toadette is even more challenging as you’ll need purple, yellow, red, blue, and green Toads, 200 each.

You can grow your Mushroom Kingdom by inserting Rainbow Bridges into it. There are 5 bridges to be obtained in total with requirements as follows. To unlock Rainbow Bridge 1, you have to collect 20 red, blue, yellow, and purple Toads in Toad Rally.

To unlock the second bridge, it follows the same steps except the number of Toads is higher, 80 each. The same goes for the other bridges. For bridge 3, the colored Toads should amount to 150 each, bridge 4 and 5 amount to 250 and 400 respectively.

Now that you know the trick, what are you waiting for?

You can start collecting toads and expand the kingdom.

Are you in need of extra coins or Toad rally tickets?

Don’t worry, there’s something you can do to get earn them without lifting a finger. The trick lies in the Kingdom Builder like many other tricks do. All you have to do is place question mark blocks in. It will result in incoming gifts that the player will receive on a daily basis. They can either be toad rally tickets or coins.

For the record, you have no say in the type of gift because it’s chosen automatically by the system. There are several types of ? blocks available. The first one is regular question mark blocks, which you can get by upgrading the game to full version. The second type is long blocks, which will be accessible after raking in enough Toads (100 blue, 50 purple, and 50 yellow) in toad rally.

There are also mega blocks, which require even more toads. If you want to be sent goodies from mega blocks, make sure to collect 150 yellow and 150 purple toads.

As with many other tricks, this one also centers around special coins. In order to get into a new level, you have to collect a specific type of coins.

Once you have them, the next step is to put them in the coin pipe structure that matches the color. The black coin pipe requires 120 black coins. Bear in mind that for the level to be playable, the coins need to be all black.

The same applies to the pink coin pipe. You should place 120 pink coins in that. As for the purple coin pipe, the number is the same, only they should be purple-colored.

There are a few spots where you can gather black coins. To get the first one, get yourself under the question mark block. And then jump to reveal the coin inside. To get the second coin, you have to reach the mid-level of the platform. As for the third coin, it’s up for grab as soon as you got the second one.

Jump down onto the lower platform. Position yourself right beneath the question mark block. Hit it again to disclose the black coin. The fourth one floats in midair above the pit. Make a jump to get closer to it. Keep going, once you see another surprise question block, spot the coin around the area.

Still in the same level, there are some of the purple coins scattered throughout the gameplay. You can start with the coin located on the uppermost platform. Quickly jump into the question mark block to secure it. The second one is located on the lower platform encircled by other coins. Just run into the group of coins and catch them all. For the next coin, you should go back to the top platform.

As you see the same question block is approaching, prepare to hit it with Mario’s head to reveal the purple coin. The next coin is on the platform after the base platform. This one is also surrounded by gold coins. You can get all in one strike, just move accordingly. After that, keep an eye on the higher platforms because the upcoming purple coin is up there.

Jumping into a block will reveal the item inside it. Normally, we do it to one block at a time, but there’s a trick in Super Mario Run that allows you to get 2 power-ups at the same time. How to do it? You must time your jump perfectly that it hits the middle of two adjacent blocks. This action will reveal items in both boxes.

As we know, there are different paths that each level has. To get all as many coins as possible, you should run through these paths. Yes, it does require you to play over and over again, but if you’re addicted and have much time on your hands, please give it a try. Make sure to use the arrows for guidance.

The best way to earn rally tickets is through question mark blocks. Just keep making the blocks. Go to Build > Shop > Buildings. Find the item under the Buildings section. If it appears washed out, then you’d need to collect more toads because you’re only eligible for it when the requirement has been met. If you fail to get what you want, place more blocks. You should hit the jackpot eventually.

10. Mid-air spin to snatch the flag

It’s not easy to touch to the flag perched on top of the pole. Well, you may have missed this important trick to snatch the flag. A tap on the screen will make Mario jump, but have you tried to keep your finger on the screen for a bit longer? It will trigger a new action, which is a mid-air spin. With this, your chances of touching the flag will go up significantly.

Have you discovered any of these Super Mario Run cheats on your own?

Finding cheats isn’t necessarily a bad thing. It’s just many of them would go unnoticed if you put no effort into finding them. Even if you have beaten the game multiple times, you won’t abruptly come across these tricks unless you try to find out.

Besides, many hidden tricks can only be discovered by completing long sequences of actions, so to stumble upon one accidentally is borderline impossible.