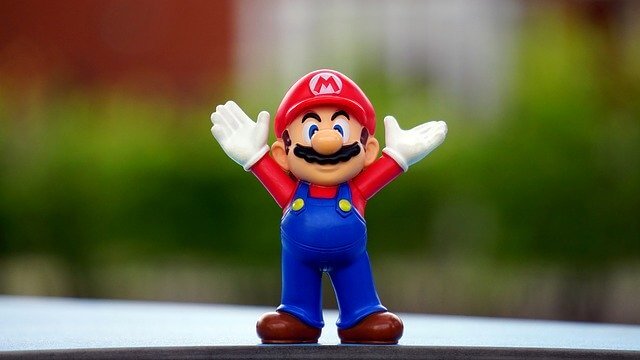 The thing is it’s not as easy as it seems. To discover hidden tricks, you may have to play countless times. And those cheats can appear unintentionally. For example, there could be an invisible block in the gameplay you’ll never realize unless you accidentally hit it.

Another example is warp zones. Warp zones are specific areas in the game that allow you to reach other areas with ease. That’s the fun of discovering these hidden tricks.

Well, with how fast the information spreads nowadays, you don’t have to wait until you stumble upon one of these tricks. All you have to do is, visit our Blog, Here are some that you can try.

World warping is a cheat that allows you to travel across worlds through a warp pipe. These special pipes can be found in numerous games. As for the original Mario, you can find a room containing warp pipes in level 1-2.

Just go ahead, pick up the mushroom that turns Mario into his bigger form. And then find a brick platform suspended in midair that resembles the letter W. Destroy the uppermost platform and walk over it.

As you walk on the platform, you will no longer encounter the enemies because they line up the bottom platform. Once you see the rising rungs, hop on it, and jump again onto the highest platform. Follow it until you find a room at the end with 3 pipes in it.

If you want to go to level -1, you should venture through world 1-2 in the fire form. As you come closer to the finish right after the second series of rising platforms, you’d see an L-shaped pipe. Don’t enter it, but instead, you have to jump on it. Use the pipe as a base to help you hit the top ceiling / blocks.

Pay attention to the 3 blocks on the left side of the vertical part of the pipe. You’re supposed to destroy the second and third blocks away from the pipe, while the one connected to the pipe should be left intact. Once you’ve eliminated the two blocks, hop on the pipe again.

Face left, crouch, and then jump to the right. You’d see Mario pass through the wall. Under normal circumstances, this is not possible to do. When you’re blocked by a platform, you won’t be able to move past it, but in this, it seems as if the blocks are transparent.

After passing through the wall, you’ll enter another room with several pipes in it. Enter the first one to get to negative world.

This cheat code lies in several locations, such as world 3-1. It’s easy to miss it because it’s not that too visible. To get the unlimited 1-ups, you have to play the game until you reach the level 3-1. Right before the flagpole, you’ll come across some enemies, but the focus is on the last 2 turtles.

You can pick up the special mushroom to make Mario double in size. And when you see these turtles coming your way, jump on the first to make it bounce away.

As for the second one, don’t let it slip away like the first one. You have to jump on it until it retracts into the shell and make sure you’re on the left of the turtle.

Jump on it on its left over and over again. It won’t go away because the stairs will limit its movement. As you keep stomping on the shell, you’ll earn points and eventually multiple 1-ups.

This can be tricky at first, but you’ll be good at estimating with practice. You should guess correctly if you want to jump from the top of the staircase.

The position where you start makes a difference, but that’s not really a problem when you have improved your skill.

Normally Mario throws fireballs in his super form. But with this cheat, you can do it in his normal form. Here’s what you should do. Go to level 1-4, proceed until you arrive at Bowser’s room. Instead of fighting him, try to move past him by jumping and walk on the platform that’s hovering over. And then, stand in front of the axe.

Bowser will come for you, when he’s very close, jump and then land on both (the axe and him) at the same time. Mario will become transparent, but he won’t decrease in size. Shortly he’ll be directed to meet Toad in the adjacent room.

Now continue to the next level. Still in big Mario form, find a mushroom hidden inside the brick block. Once you eat it, Mario will return to his normal size. Keep going until you see the question the question mark blocks.

Hit the one at the very left to release the fire flower. Pick it up and Mario will transform into his fire form albeit in normal size, and you can throw fireballs.

To access these worlds, you have to play in level 4-2. Keep going until you spot 3 blocks along with a pipe nearby. Get under the third block and jump, then you’ll see a secret block. However, you should be careful not to jump on the first block in the lineup.

Right after that, step onto the block, followed by hitting the second and third in the row. Next, get Mario underneath the second block (at this point it should’ve disappeared). Jump, a block will show up out of nowhere. Use it as a base to hit the first block. A vine will then crawl up from inside, taking you to an overhead level where the warp pipes are located.

To do this, make sure that Mario in his fiery form. Find the pipe at the end of the level. Get on top of it, and then jump. Try to hit the brick positioned the farthest from the right. After that, get him to the end of the pipe. It should look like he’s standing with one foot beyond the pipe’s edge.

Crouch and jump to the right. Done right, Mario will pass through the solid bricks and end up in a Warp Zone. There are several pipes here. Hop over the one in the middle and enter. It will take you to level 5-1.

Bloopers are one of Mario’s oldest enemies. They have been featured in the franchise since the original game. These squid-like creatures are trying to get in your way and take your lives, but there’s one hidden trick you may not know.

Normally, we steer clear of them by swimming, but you can also walk along the sea floor. What will happen is they won’t be able to approach you. Anytime they come closer, they will swim right back up. Thus, they have no chance to deal damage to you.

You can do this in Mario’s fire form. Once you’ve acquired the special ability, you can continue the gameplay. And anytime you come out of a pipe or start a new level, press down the A and B buttons simultaneously. This will cause mario to jump, but when executed in a correct manner, you’ll see him skate on one foot. That keeps going for as long as you hold the B button.

To cancel it, all you have to do is release the button. This is not exactly something that will help you increase points or traverse the worlds, but it’s fun to do, nonetheless.

This action requires fire flowers and mushrooms. Try to jump into a block from below to see the power up. And then get the power up followed by releasing the A button. As he’s trying to level up with the next power up, press the A button down for a bit longer, Mario will make a jump shortly.

Is using cheats considered as cheating? Well, that word didn’t come out of nowhere, right?

However, that shouldn’t be a problem because this is not competitive gaming. If you participate in an eSports league and use cheats, then they have every right to disqualify you because cheats give someone the upper hand over other players.

Cheat codes can help players in one way or another. Super Mario Bros. cheats are different. While some like unlimited 1-ups give you an advantage, not all cheats are like this.

Minus world, for instance, is simply a cheat to get into the minus world. This is something you won’t come across to by playing it the normal way.

So if you’re interested in exploring the world, you have to know where the trick resides.