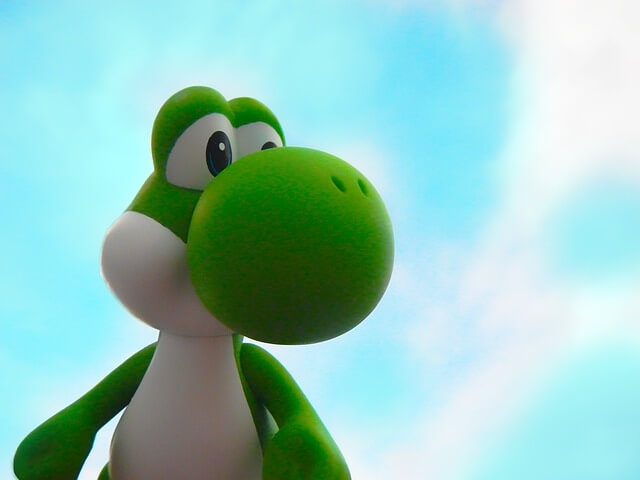 Cheat codes are a term that many gamers know, but not all use. Just as the name implies, a cheat code refers to a sequence of buttons or actions in which, when done, would discover something previously hidden in the gameplay. Many of us wonder how such things exist in a game when it clearly helps the player progress much easier.

Well, that was one of the purposes of a cheat code. There are points in a gameplay that are hard to beat even by skilled players. And when we keep failing to go past a difficult point, we might end up feeling bored and not wanting to continue.

It could be a problem for the game maker because if many fans have trouble getting into higher levels, they may no longer be interested to check out a follow-up to the game. Hence, they try to help by adding these codes, so that you don’t lose hope when you get stuck in the gameplay.

Cheat codes are often created during the development of a game. Those codes were made to help the team test out certain parts of the gameplay. And they may stay after the final product is released.

If you’re interested, you should discover them because the developer won’t make them visible. Finding a code by accident is a possibility, but it’s usually not that easy.

You have to reach the world 1-2 in the raccoon form. And then, climb up the hill at the start followed by jumping over the pipe positioned horizontally. Hold on for a few seconds until Goombas begin to come out of the pipe.

Once you notice the third Goomba, stomp on it or any of them. Shortly after, jump and hold the A button. This will propel you into the air. Take time to float down, but make sure this time you land on another Goomba.

Do it over and over again. In the end, all the extra points earned after getting rid of the enemies will turn into lives.

Apparently, there’s a hidden trick to conjure up White Mushroom Houses particularly in the first 7 worlds. All you have to do is collect a certain number coins in each level. Remember that it has to be the same exact number.

Meanwhile, if you can complete the task for even-numbered levels, you’ll be greeted with an anchor item. Is it an easy thing to do? Not really, especially towards the end of each stage. Do it as fast as possible before some coins are gone.

This cheat allows you to turn the Hammer Bros. aka one of Mario’s enemies into a treasure ship and it can be done in worlds 1, 3, 5, and 6. In addition to completing a level, you should also meet all these requirements.

First, the remaining seconds showing up on the timer must be an even number. Second, all the coins accumulated should be a multiple of 11. Just multiply 11 by 1, 2, 3, and so on. The final number should be one of these.

Third, the 10s digit of the score earned by the player should match the digit present in the total amount of coins. If all these requirements have been fulfilled as you clear a stage, the enemy mentioned earlier will change form into a treasure ship.

Warp whistles is one of the Super Mario Bros. 3 cheats you shouldn’t miss. The first one is located in level 1-3. To do this, you first have to find the white block toward the end where there’s a Koopa walking on it. Get rid of the Koopa by stomping on it.

Once the block is clear, crouch in the middle for a few seconds, and then you’ll fall through it to the main platform. Go straight to the end and then you’ll be teleported to a toad house. This is where the warp whistle is located. There’s also another in level 1 Fortress.

Once you come across the first door, fly up to the left side of the screen. You’ll be teleported to another room at the very end of the platform, which keeps the warp whistle. And the last one is in level 2.

First use the hammer you got from the enemy to demolish the rock found on the map (it’s at the top right corner). And then get into the Hammer Brothers fight. Once they’re defeated, a box with a warp whistle will appear on the right side.

5. Fight Bowser with no fireballs

When you meet Bowser, there’s something you can do to rob him of his fireballs. As we know, that’s one of his famous weapons to defeat Mario. Basically, he’ll lose his ability to spit fire if you manage to execute the code. Here’s what to do. You must get to world 8 while wearing a P-wing. However, you must push through all obstacles seamlessly.

In other words, you must still be intact by the time you meet the boss in his room. Put on the P-wing on the map. Once you’ve arrived in the room, fly up to the left side of the screen. This will take you to a platform above the screen which takes you to another room on the other side.

There’s a door nearby, but simply ignore it or else, it would cancel all the actions you’ve done so far. The next step is to fly back to the first room where Bowser belonged through the same platform. He will be there still, but has now lost his ability to shot fire.

If you need more lives to beat the game, you can play through this specific level. Keep going until you come across 3 large Koopas. They wander around in 3 different areas. The first one is on a block, the second one is up there on the cloud, and the third one is walking on bricks.

Here’s what you have to do. Approach the first turtle, jump on it and bounce back into the air. Use the tail to float for a bit longer in the air. You should come down slowly and land on the second Koopa. Do what you did once again to the last turtle. By this time, you’d notice that the first turtle is about to slip out of its shell. Repeat the same steps to earn points and lives.

Once you reach the desert level, you can search for a secret anchor in board 2-2. However, make sure that you gather every coin found along the way. The only tricky part is the last group of coins. There are about 4 or 5 of them.

Luckily, as long as you have the tail, you can pull through. Here’s what you have to do. Ride on the floating bar until you see a P-block. Jump on it and keep collecting the coins. When you’re about to reach the last coins, jump and use the tail to navigate through the air.

At the end of the level, there is a pipe, just enter it. As you come out of it, go grab the star in midair. A white mushroom will pop up on the map. Go into it and find the hidden anchor inside a chest.

Bowser will greet you as you make your way to the end of the level. You’d need to deal with attacks launched by this Mario’s mortal enemy. What you may not know is that his lower proximity can’t actually deal damage to you. Thus, if you want to dodge the attack, all you have to do is crouch especially if you’re in a power-up form. Or if it’s small Mario we’re talking, you can simply move under him.

Normally, to get a 1-up, you have to stomp on enemies repeatedly without landing on a platform. The points will go from 100, to 200, 400, 800, and then 1,000, ended up with a 1-up. However, you can earn it faster by stomping on a Lakitu on the fifth number in this sequence. Or you can also try it on a Boomerang Bro, instead.

Did you know that when you crouch on a white block for a few seconds, you’ll end up falling through it? That wasn’t the only interesting thing. Doing so will also give you some kind of immunity. In some cases, nothing will happen when enemies come in contact with you, but the protection may not last forever.

Another thing that will happen when you pass through the block is Mario will drop into the background. He’s supposed to jump across these blocks, but with the trick, you can run behind the scenery.

Do you need to use Super Mario Bros. 3 cheats to beat the game?

Nope, cheat codes are more like shortcuts or a means to help reveal hidden tricks, but they are not mandatory to beat the game. You can do just fine without them. Learning how to work around the obstacles is part of the fun of playing a video game.

We’re sure you can surpass every level with practice. Only if you get stuck for too long in a level, a cheat code may come in handy.

After all, it can be exhausting to start from the same point over and over again.