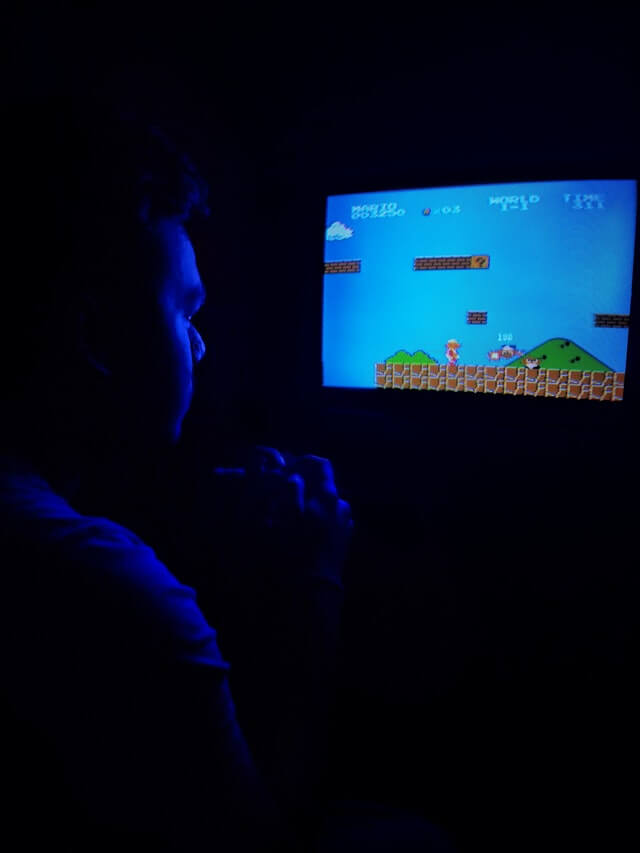 New Super Mario Bros. Wii is similar to the DS version for the most part. As with other games in the series, this game brings back the 2D platformer design of early Mario games and combine it with the futuristic 3D technology.

The result is a game that plays like a regular 2D game but with stunning 3D elements. What makes it interesting is a total of 4 players are allowed to play at the same time. Hence, if you’re looking for a Mario game with unconventional multiplayer support, you should try this one.

Another thing that’s equally exciting is to discover New Super Mario Bros. Wii cheats. While it’s not mandatory to seek these in the game, it’s always fun to inspect parts that appear to have glitches.

There are several locations to get infinite lives. The one shown on the video is level 2-3. To do this, you have to play the game until you reach the halfway mark of the level. If you want to go straight to the unlimited 1-Up location, you can just rush through it and leave all the enemies behind.

At the end, you’ll come across a gold pipe. Just enter it, and the next level is where the trick is hidden. After coming out of the pipe, you’d see a turtle coming down the stairs. If you’ve played some other Mario games before, you must feel familiar with the setting. Heck, you might know what to do next.

Yep, you have to stomp on the turtle and use the ledge to prevent it from slipping away. Wait until it’s about to step on the third ledge (counted from the bottom), and then jump to make it retract into the shell. Now that you see the shell, jump carefully on its left side. Do it repeatedly and it will start generating extra lives for you.

What if you miss the turtle? That’s not a problem. Just go back to the pipe and move right, the enemy will be replenished and you can execute the trick again.

If you want to make a Mushroom House emerge on the map, try to save Toad anytime you come across him in a level. To start with, get into a level that has the WHITE TOAD MARKER.

Next, you must set him free from the question mark block. It’s located in the beginning, or if you need more guidance, just pay attention to the cries. After he’s freed, you can continue the game until the end of the level.

And then, the Mushroom House should magically appear, but the type depends on when the timer stops.

This game can also supply you with a large amount of coins. It’s located in World 4 – Castel. Get into the house with the Ice Flower because it plays an integral part in this trick. Just play the game like normal until you see the part where there are Koopas crawling on a gate.

There is a revolving section in the middle of the metal structure. What you have to do is climb up the gate, make sure you stay inside the revolving part. Wait until a Koopa is approaching. Once it’s close enough, throw a fireball at it. It’s important to be on the left side of the gate while the Koopa is coming from the right.

As the fireball hits the Koopa, it will freeze and fall to the ground. Don’t wait any longer. The moment you throw the fireball, you should quickly slam the gate. Done right, the frozen Koopa will start producing coins after it lands on the ground.

One thing to remember is that this trick would cause the screen to lag. If you notice that the game slows down abruptly, it has to do with the sudden influx of coins.

This trick is quite straightforward. Get on Yoshi’s back, and then stomp on bullets 7 or 8 times. You can also kill 8 enemies with a star on to obtain a life. You can do it over and over again until the star is gone.

Another alternative is to take down 8 enemies using a shell. Doing so will give you an extra life. Also, if you encounter turtles along the way, just bounce on them. Getting rid of 7 turtles can also provide you with an extra life.

New Super Mario Bros. Wii has a total of 8 worlds, but you can actually unlock one by completing a task. It’s World 9 and the task you must do is beating the game. Once you’ve beaten the game, make sure you collect all Star Coins as it affects the level you can play in this world.

Basically, the last digit of a level you wish to unlock should correspond to the world in which you collect the coins.

6. Sounds from the otherworld

Did you know that when you play in the multiplayer mode, you can still be part of the game even after you’ve lost all lives? That’s an interesting trick you should try. To do it, you must play with another player until you reach the mid-level. When either is totally defeated, use the D-pad to make some noise.

For the record, each direction is assigned to a sound effect. All you have to do is press down a direction, followed by the 1 & 2 buttons. You should hear a sound coming out of nowhere. There are numerous sounds you can make, like snare drums, horn, clapping, etc.

As with the previous trick, you’d need another player to execute this one. Killing enemies is fun, but it’s even more entertaining to kick them out in one swoop. If you want to give it a go, invite someone to play with you. Position yourselves on a platform, preferably close to each other, so you can do it more precisely.

Jump at the same and then press the down button also at the same time. When it’s done right, the enemies that line up the bottom platform will be defeated all at once.

In case you want to see stars on your save file, follow these steps. First of all, you must finish the game and then proceed with unlocking world 9. Don’t forget to collect all the coins as you progress through this level. After that, you’d need to beat all normal levels in the game.

The next important step is to get a total of 207 star coins from world 1 to world 8. Complete each level, and then search for all secret goals. It’s also advised to not miss any warp cannons. Lastly, you should get all 5 starts, but make sure to do it without seeing a Luigi block.

Try to shake the Wii remote as you’re picking up an object by pressing down the 1 button, the object will move towards the top of your head and act as a shield when there’s a Bob-omb falling from above. You can practice it with any small object found along the way, like a turtle shell.

Mario and his iconic red hat are inseparable. You might be wondering if there’s a way to make him take the hat off. Well, that’s a possibility in new Super Mario Bros. Wii. However, there is a requisite before you can see him without it. This game allows you to keep a maximum of 99 lives and that info is displayed on the screen.

If you can increase his lives up to this limit, you’d be able to see him cap-less on the map screen. Just play the game like normal, but your focus should be on adding in extra lives. Once you’ve met the requirement, forget all the enemies. Just run right to the flagpole and avoid these little critters altogether. Mario will appear without a cap on the map.

Some New Super Mario Bros. Wii cheats require long sequences of actions, so it’s rather impossible to spot them by mistake. Even if you can find one accidentally, you might have difficulty remembering the steps precisely.

Fortunately, you’re not the only one curious about this stuff. Other gamers have also discovered these hidden gems and spread the information through online platforms.

If you want to know how legit these tricks are, all you have to do is try them on your console. Just power up your Wii, play Mario, and try to locate areas where the cheat codes reside. That would be fun especially if you’ve beaten the game before.