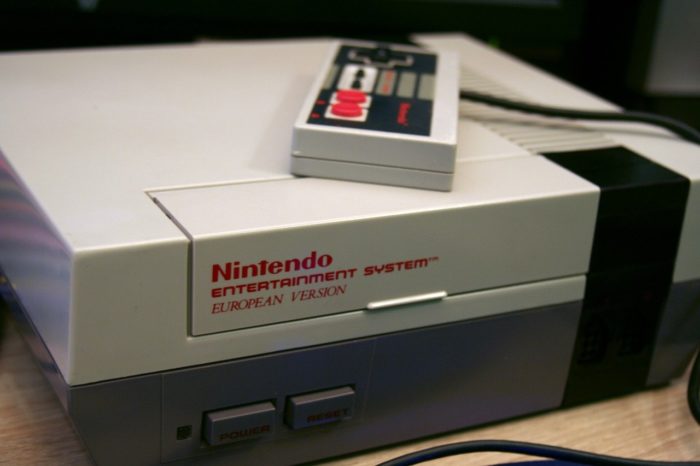 Retro games are good for throwbacks.

There have been many retro consoles and games released throughout the years, but Nintendo still holds so much weight even today.

Many of the franchises have spawned some of the most iconic characters we’ve ever seen. Although classic games have such a hold on us, it’s rather difficult to play them today.

It’s all about the PS4, PS5, and Xbox releases nowadays. If there’s a chance to revisit these games, we’re sure you’ll want that, too.

The good news is there are some choices available.

If you want to know how to play old Nintendo games, stick around because we’re going to explain them below.

How to Play Old Nintendo Games

Emulators provide an easy way to play retro games because they are programmed to mimic other systems.

Emulators can typically play a broad range of game formats. Apart from Nintendo, they can also play games released on other systems. They are also good at rendering games on modern devices due to the converting tools. Each device has its own specs.

Some are loaded with plenty of games and sharp displays, while others have to skimp on features to match to low price. It’s at your discretion to choose the right type of emulator.

You can buy one with a big display, but if you’re budget-conscious, there are cheaper alternatives as well.

When it comes to graphics, some products do a great job. For 2D rendering, for example, they add more pixels, which result in a sharper image.

For 3D rendering, they improve the texture and detail of the 3D space.

As with original consoles, emulators come in home and handheld variants. Home emulators include all the essential parts like gamepads and cables.

Handheld Emulators, on the other hand, don’t need them because they come prebuilt with essential parts. For the record, emulators can refer to software in addition to hardware.

When the term is used to call a piece of software, then it basically means a program you can run on a computer to play retro games. It requires installation of a specific emulator and ROMs.

For those unaware, ROMs are game files. You’re probably a bit concerned about the legality.

For starters, emulation isn’t illegal although it’s sort of in the gray area. ROMs, on the other hand, are the ones with protection.

You can read articles that dissect this topic to understand where you stand from a legal perspective.

Another way to play old games is ports or remasters. For Nintendo specifically, the Switch is a prime example of that.

If you’re a fan of the Wii U and its games, get yourself a Switch because many of the games have been ported onto the newer system.

By paying an extra $20, you’ll also be granted access to a good chunk of NES and SNES games. You can browse them right on the portable device.

There are many interesting titles, such as Super Metroid and the Legend of Zelda. The library is by no means huge especially when the Wii U is taken into the equation, but it’s pretty darn great.

Surprisingly, the Switch also offers ports from systems that are not Nintendo, like Sega. However, to get that content, you need to spend $8 on one.

An original console is probably the most convenient way to play retro games because it’s released officially, so there’s no risk to get into trouble.

The problem is original consoles that remain in good shape are quite rare. You can probably find some on auction sites like Ebay, but the prices could easily skyrocket especially if most of the parts are intact and the console remains functional.

The same goes for game cartridges. These are old-fashioned, had existed before games have seen a dramatic shift in graphics quality.

Therefore, units that are in good condition are pretty rare. It takes effort to find one that is still functional.

Another challenge is to find a working console to connect the cartridge with. But as long as the system doesn’t fail, you should be able to play the game.

Old games are supposed to be played on systems they were launched for, but since it’s not easy to repurpose an old console and make it work again, we’re forced to look for a new way to play them.

The answer to this is retro game systems, which are designed to load games from cartridges.

There are some players in this niche, such as Analogue, Hyperkin, and Innex. These devices have slots to insert cartridges into.

And to support older games, they usually use emulation software or hardware-based electronics.

What about graphics quality?

Some do a great job at emulating the classics. Even the output is awesome, with crisp and sharp visuals although they can look unrefined a times.

Another model that provides the user with a better experience is the Analogue Super NT. It’s on the higher side price-wise, but still worth it.

In general, emulation has come to prominence in recent years. It gets better in terms of upscaling and graphics. Besides, some also come with essential additions like patches and save states.

Both are important and help us enjoy the blast from the past to its full potential.

There are no worries about starting all over again because we can continue the gameplay from the point where you lost a life.

Did you ever get hooked on Mario or another Nintendo title?

We bet you did especially if you grew up when these games were at their peaks.

Though the retro era is past its prime, it doesn’t mean we can only recollect the memories of us getting on the couch holding a sharp-cornered gamepad. It’s still possible to play retro games today.

Emulation is the solution, and it’s just one of so many options available.

Read this article if you want to know how to play old Nintendo games.

Besides the ones already mentioned, you can also get your hands on a reboot of an old console, like the NES Classic Edition. It’s relatively new, so it should be easier to find than an original one.