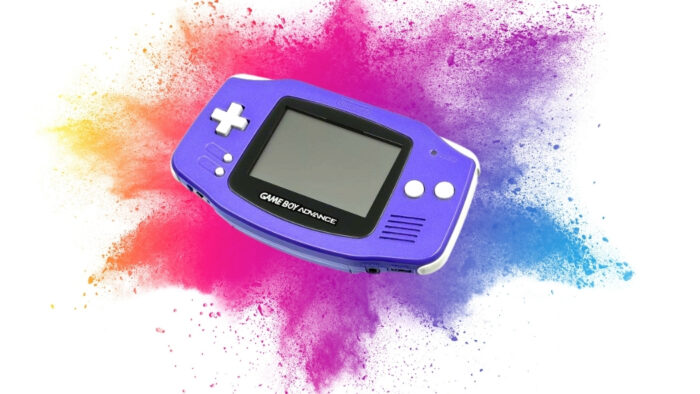 Playing favorite games across consoles sounds like a nice idea.

The PSP is already packed with fun games. But, we don’t blame you if you probably want to take a nostalgic trip down memory lane.

If you’re a big fan of GBA and want the games to be played on your PSP, it’s a possibility, but it requires some effort.

The solution is an emulator.

But finding the best GBA emulator for PSP is actually quite difficult.

They aren’t as common as other PSP emulators.

For a PSP to be able to run retro games, you must install custom firmware on the device.

Try to find it on the internet by typing in your PSP model.

The next step is to download your chosen PSP GBA emulator to be installed on the device.

You should also find ROMs for the games you wish to play.

Since every emulator has its own UI and way to install, please read the instructions properly.

You might also be asked to connect your PSP to the computer in order to complete the installation.

Don’t expect all emulators to run smoothly because they aren’t perfect.

Some are more complex and come with advanced features, while others are leaned towards beginners.

The PSP has the specs to play games of older consoles. If you want to play GBA games, first you must install custom firmware on the device.

For those unaware, custom firmware is a type of software that runs the PSP.

But before installation, it’s important to know that this practice might void the warranty.

If you’re fine with that, then go ahead. Follow these steps for complete installation. Turn on the PSP, and use a USB cable to connect it to your PC.

As soon as both devices are connected, the PSP will go into USB mode. You’ll see a pop-up window on the screen shortly after.

It will take you to the PSP memory where the folders are stored.

Open the PSP folder, it will direct you to 2 or 3 folders. Find one with ‘Game Folder’ on it.

Next, you need to download the GPSP emulator. You should see 2 different folders in the download, GPSP, and GPSP%.

Copy them both and then paste them on the game folder you’ve opened before.

The GPSP folder is where the ROMs are supposed to be added.

ROMs are available online, but it’s worth noting that downloading ROMs you don’t personally own the originals is considered a copyright violation.

Hence, we won’t suggest it and it’s all up to you to decide.

For it to work, a ROM needs to have .GBA extension.

After adding ROMs to the GPSP folder, go back to your PSP. Press down the O button to end the connection.

You should see the GPSP icon on the PSP menu. Select it, the games will be displayed there. Use the X button to select and play.

For a more detailed explanation, check out our article on How to install GBA emulator on PSP.

With the immense popularity of the PSP, unfortunately, the amount of PSP GBA emulators made for this console is very limited.

In fact, we can’t seem to find another besides GPSP. There are a few more, though, only they’re not for the PSP.

MGBA, for instance, is a GBA emulator that runs on Windows. You can still play GBA games as long as you have a computer.

This can be a solution when playing retro games on your PSP isn’t an option.

It has several advantages, like support for a large number of players.

The setup is also easy. But on the flip side, you won’t find very advanced features on this.

As said earlier, no emulators are perfect. Some have well-rounded features, while others feel like they need further improvements.

This is another emulator which will take you to the days when everyone was playing GBA games.

What we like the most about the emulator is the ability to adapt to different types of hardware.

Due to the simplicity in design and the way it’s built, it can effortlessly be loaded onto any hardware.

Although it can run GBA games, it supports multiple platforms, including Gameboy Colour and Sega Master System.

On top of that, installation is as simple as a few clicks.

Another aspect you might find appealing is the color reproduction, which puts it at an advantage over other GBA emulators.

While great, it’s not perfect.

The emulator can be laggy at times, which probably has to do with mismatching system requirements.

Some emulators put more emphasis on features, but this one is more about simplicity.

If you just started learning about emulation, it’s a good idea to start with simple emulators.

As you’re figuring out how the software works, you’ll be able to operate more complex emulators later.

This is not the tool you should download for advanced features. It makes a perfect fit for novices.

Being simple is not bad in any way.

On the other hand, thanks to the simplicity, the emulator doesn’t take much space. It also has an impact on performance.

There are plenty of GBA games you can play on it, both commercial and non-commercial.

If you’re looking for an emulator that offers stability, this can be an option. It has the functionality that we don’t usually see on the average handheld console.

It might change your perspective when it comes to emulators especially those made for GBA. The high level of compatibility with all types of devices is another plus.

So, be it a new or an old device, chances are you can run this emulator on it.

It’s simply one of the best GBA emulators both for beginners and skilled users.

Besides the fact that it has awesome features, it’s also free. And the updates are rolled quite frequently.

When it comes to OS support, it can run on various operating systems. It also provides button remapping, which is useful when you want to use a controller to play.

Furthermore, there is an option to take screenshots. Or in case you need to record clips instead of pictures, it allows the user to record the gameplay.

When this emulator was first introduced, it was far from perfect.

It somehow felt laggy especially on low hardware, but Visualboy Advance today is a leap forward in terms of usability and performance.

It has been optimized to handle a vast range of hardware specs.

Learn more: How to run emulators on PSP?

It depends on the sites where you obtain them. To be on the safer side, you can scan them with an antivirus or another program meant for protection.

Can I play games legally on an emulator?

Emulators of any kind don’t provide a legal way of playing games. If you want to play GBA games legally, then you have to buy a console from the manufacture or another store.

As long as the product is original, there’s no copyright infringement, so you can play anything you want.

Can I play GBA emulators other than on the PSP?

Yes, because emulators aren’t only made for the PSP. Emulators vary in their platform support, but one thing for sure is that they are created for multiple platforms.

For this reason, it’s important to find out if an emulator supports the device you want to pair it with. If it’s not compatible, then you won’t be able to use it.

Do ROMS have viruses?

It’s a risky move to download files from untrustworthy sources. At the end of the day, it all comes down to the source.

If you get a ROM from a source that’s reputable and used by many, the file might be clean after all.

But if you get it from an unknown source, it could be infected, so be careful.

There is no denying that all video game consoles have emotional nuances attached to them. There’s no exception to the era that marked the birth of GBA.

If you want to revive the days of yore and indulge in nostalgia with retro games, you can install the best GBA emulator for PSP.

The PSP has good specs to handle games of older consoles. Emulators are the solution if you want to play GBA games on your PSP.

All you have to do is understand how it works.

Broadly speaking, running games of another console would require the installation of custom firmware.

You also have to connect it to a computer to complete the installation.

Another important element of emulation is the games.

After you’ve successfully installed the emulator, find the games you want to play. They need to have the right extension so that they can be run on the PSP.

Not all games would run smoothly. It depends on a few factors.

The first one is the quality of the emulator. If it’s high quality, it should be able to manage various games and hardware specs.

Another important factor is settings. Lower the settings if you find a game laggy because it should help a lot.