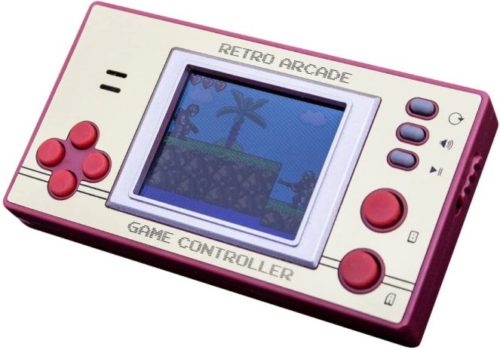 Is a 3-year old too young to play games on a console? It depends. Some kids grow quickly enough that they’re ready to learn new stuff at this age. If yours happens to learn fast as well, introducing a console doesn’t sound like a bad idea. However, you need to set boundaries on what he can and can’t do. Keep in mind that games can be highly addictive.

Without supervision, he can be on the device for too long, which is bad for health especially his vision. There are some precautions to take as a parent. The moment you decide to buy a console for him, you should be learn how to deal with potential side effects. The first important thing is to set up an account using your personal information.

A child this young has yet to learn much about internet, gadgets, and stuff. With that in mind, take part in the creation and management of his account. Besides, this allows you to have total control over what he can play and do with the console.

It’s also important to block inappropriate content. Not all games are kid-friendly. If the console you give is made for adults, you have to be cautious with the content played. But if it’s made specifically for kids, you probably don’t have a lot to worry about.

Another way to impose censorship on content is by avoiding online connection. Online games are fun because they allow you to chat with gamers from all around the world. However, young children don’t need to be exposed to that kind of stuff yet because there could be negative things that come with it.

Hence, buy a console that he can play totally offline. What is the best game console for a 3 year old? There are many to consider, some are listed down below.

This retro console has a collection of 220 retro games, so there’s a lot to choose from. Older games are typically inoffensive. Part of the appeal of retro games is they are easy to play especially by little children.

This console makes a perfect gift for your little one because it has a long list of games covering various genres, like racing, puzzle, to name a few. He’s gonna love it for sure. Besides, it’s also quite lightweight. In choosing a console for a kid, weight of the unit is something you’d need to consider carefully.

Choosing a heavy console will cause hand fatigue. This product is quite the contrary. Apart from the vast library, it doesn’t feel weighty at all. As for power, it operates on 3 AAA batteries. But unfortunately, none of these are included in the package.

If you want to play it right after unboxing, you can add batteries to the cart while shopping for the console. In terms of quality, the 2.4-inch full color display is pleasing to look at and it’s not too small, either.

Take a look at this adorable blue console. Despite the cutesy appearance, it doesn’t come up short in game collection. It has a total of 218 games, all of which are preloaded, meaning you don’t have to install to play. The console is ready to use right out of the box.

Retro games are probably part of your childhood memories, so why not let your child experience the joy of playing these games, too? If you want to introduce games that were everywhere back then, giving him this console is a good idea. He will enjoy it a lot.

Remember that each game has a different gameplay, so it takes time for your little one to understand and master all of them. Another interesting feature it has to offer is a rechargeable battery. It’s great because you don’t have to rely on disposable batteries. Whenever it runs out of power, just plug it into a USB slot to recharge.

There’s also an option to use AAA batteries. In other words, the device is very versatile. You can take it for traveling because it’s compact enough to slip into a bag or a suitcase.

If the previous ones are designed horizontally, this console stands upright. Which one is better? It’s all about preference. Both are good in their own way. A vertical console positions the screen on top or over the buttons. By the way, it’s not unusual for a brick game console to sport such a design. There are a lot of them actually.

Why is brick game suitable for a 3-year old? To start with, it’s inoffensive. Besides, it also has amazing psychological benefits. Not only is it associated with improved brain function, but it can also help curb cravings.

Well, it makes sense because time flies fast when our eyes are glued to the screen. For operation, this handheld device uses 2 AA batteries, which again aren’t included in the package. If you want to play, buy them separately.

Another thing that may interest you is the 30-day money back guarantee. While this product isn’t expensive to begin with, this sort of warranty is very much appreciated.

Display is a factor in choosing a console. At 2.7 inches, this console is slightly larger than average. While the increase isn’t significant, it still makes a difference. Besides, it’s in full color quality. As for the games, there are 200 readily playable.

That’s a wide selection of games just like the previous products. They belong to different genres, such as racing, action, sports, etc. Another useful feature on this device is a 3.5mm headphone jack.

Most handheld consoles have a speaker for sound ouput, but the feature just mentioned is rather special. If you want to plug earphones, you’d need to make sure this feature is present. Otherwise, the only way to listen to game sounds is through the built-in speaker.

Size-wise, it measures 5″ x 2.75″ x 1″, pretty compact if you ask. Don’t worry about power because the device can be recharged via the USB coming with the package. For comfort while traveling, 3 AAA batteries can also be a replacement.

Modern consoles are known for their smooth lines, but this one looks distinctive with its rugged design. Although it seems old-fashioned in the looks department, this is just as reliable as the previous consoles.

It features up to 150 games in 8-bit quality. Despite not hitting the 200 mark, it’s still a large library to say the least. This can be an option for those wanting a compact design.

With a display that measures only 1.8-inches diagonally, the device is easy to fit in small spaces.

Tips for Choosing a Game Console for a 3-Year Old

Before you shop around, decide what kind of games you wish to add to the console. Are you more into retro games or newer ones with stunning graphics?

Modern games are way more complex in quality and gameplay, but they are probably not the best for a 3-year old. A child this young has plenty of time to grow, so there’s no need to introduce him to games that require focus or too difficult to play.

Simple games are better for him to warm up for more sophisticated games in the future.

Older consoles feature older games. Their graphics are also much simpler and often pixelated. Which one is better? In terms of technology, newer consoles obviously have more to offer, but older ones aren’t bad in any way.

These consoles used to rule the world as well, but they are past their prime now. An old console is good for a younger kid for a number of reasons. First, the games are usually easier to play. Second, you can get one for a lower price.

Don’t forget to check out the age rating before buying a console. Some e-commerce sites provide a feature to sort products by age rating. This way, you can find out if a console is suited for a 3-year old or not.

What about a modern console? These consoles are aimed at serious gamers, not toddlers who barely know about gaming. You can keep them for later when he gets older.

If we specifically talk about the consoles in this review, they all are safe for kids. However, if you need to be stricter, it’s probably best to stick with a console that has a few games only. That’s because with fewer games, you can play them before handing it over to your kid.

Some consoles have vast game libraries that take time to finish. That’s not to say that such consoles are bad, but they can still pose risk if you don’t pay attention to the titles. Retro games are made for everybody’s amusement. They’re typically safer than diverse games that exist today.

What age should a child have a games console?

Kids learn at different rates. Some process information faster than others. The problem with giving a console to a very young child is he’d have no idea what to do with it. Besides, a young child needs to socialize more because the first three years of his life is a period when his brain develops rapidly.

There are many ways to teach a kid other than giving a gadget. But when he’s a bit older like 6 or something, he should be ready for a console. By the way, some consoles have an age rating of 5+, which means it’s safe to play for kids in this age bracket. Well, the decision is all yours.

Handheld games for 3 year old, best ones to buy?

We picked some of the most age-appropriate consoles for you. Consoles are sorted by age rating on Amazon, but those aimed at 3-year olds are quite limited in number. Choices are becoming vastly diverse for older children. What concerns you as a parent is probably the content.

Well, it’s understandable and luckily, manufacturers see that. That’s why they put labels on products or specify the information in specs. A child doesn’t have to play a very modern console.

He will reach an age when he’s well-prepared for that type of content, so better pick one that’s simple enough if he’s still young.

Is it illegal for kids to play 18 rated games?

Parental supervision is way more important given how loose regulations can be. Many kids play games that are not supposed to be played by kids their age. As a responsible parent, don’t leave him unattended while playing games especially when he’s too young.

A 3-year old has no business playing +18 games because they may contain explicit content that he shouldn’t be exposed to yet. Wait until he turns 14 to give him permission to play such games.

That’s why age ratings are important because not every game is kid-friendly. It’s a must to select games that are age-appropriate.

Choosing a game console for a 3-year old can put you in a difficult situation. On the one hand, you may think it’s good for learning and entertainment. But on the other hand, you’re perplexed by too many choices.

Just remember to not go all out because he’s still too young. There’s much time to introduce him to modern consoles. There’s no denying that modern consoles have superb quality thanks to the cutting-edge technology.

However, you need to understand that awesome graphics aren’t everything. If you’re a 90s kid, you must know that even 8-bit games can give a lot of enjoyment.

Well, your child can grow the way you do, too. Start out with simple consoles and games. You can get him advanced ones later on.