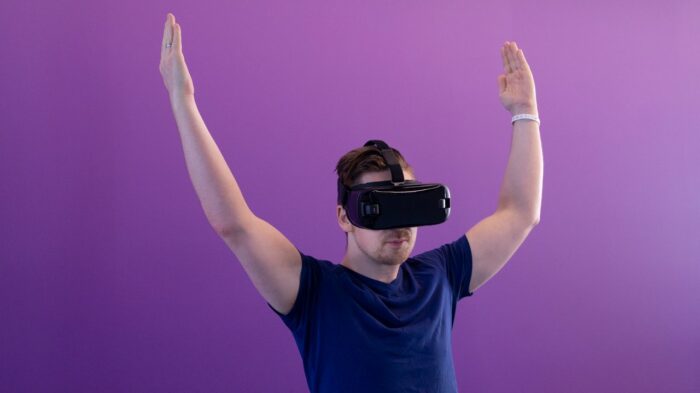 For years, we had been fixated to the concept of virtual reality. The good news is it has now become a reality. And it continues to trend upwards as evidenced by the variety of VR headsets released to the market.

There are a lot of choices for consumers from entry-level to high-end ones. Some sell for less than $50, but there are also expensive varieties made for those who demand premium features. Every headset comes with a different list of features.

Today we’ll be comparing the top-of-the-line products in this niche, the Valve Index vs Vive. HTC is a major brand, so we guess you’re already familiar with the HTC Vive.

Well, the Valve Index is equally exciting. It packs a bunch of powerful features to get you immersed in the virtual world.

The HTC Vive comes equipped with an adjustable head strap. You can loosen or fasten it to your comfort level. It doesn’t have an audio ouput, so if you want to listen to music generated by the VR content, an external device like headphones or earbuds is necessary.

Fortunately, there’s a 3.5mm headphone jack on the housing. On the front, you’ll spot a camera that aims to show the surroundings. It allows you to keep in contact with the real world while using the headset.

Overall, this device looks a bit bulky, but still comfortable enough to wear for longer. Meanwhile, the design of the Valve Index is simple. It comes with an adjustable strap and headphones on both sides to let you hear the music directly.

On the back, you can find an adjustment knob to tighten or loosen the hold if necessary. As with the Vive, it’s also comfy to wear because it has soft and ample padding.

Display is an integral part of a VR headset, so it should be one of the things to consider upon purchasing this device. To start with, the HTC Vive does well in this area with its dual OLED displays.

Each one has a resolution of 1,080 x 1,200 and runs at 90Hz. The angle of the visible field is capped at about 110 degrees. In terms of resolution, the Index wins by a considerable margin.

The total resolution of the display amounts to 2880×1600 pixels and the quality is excellent, too. The same goes for the refresh rate.

Compared to the competitor, you should see a noticeable difference from its 120Hz refresh rate. It doesn’t end there. It maintains the lead with its wider field of view. If the former has it at around 110, the Index expands it to 130 degrees.

With all these advantages, it’s easy to pick the clear winner between the two in the screen department.

The Vive has 2 lighthouses included in the package. They are powered by an AC source. The purpose of these square units is to track the movement of the controllers and headset. They’re supposed to be installed far apart, probably at the corners of the room to set a play area.

The quality of tracking is great, so it’s worth the rather complex setup. It takes a bit more time especially if you’re new to this technology. And then, the wands are equally amazing in terms of tracking. They will provide the ultimate 6 degrees of freedom experience to the user.

As we know, some headsets can only be used in a stationary position. If you need one that tracks all directions, this is what you need. As for the Valve Index, it operates on the outside-in tracking principle, which means it needs additional sensors around.

Just decide where you’re going to install the sensors and make sure to place them a few meters apart. The area situated between the two sensors will turn into the play area. That’s where you should be at to make system work.

The best thing about playing on a VR headset is you feel like being involved in the game thanks to the 3-dimensional environment. Controllers play a role in creating a perfect 3D world. In this case, the HTC succeeds in optimizing the controllers to boost user experience.

The tracking is smooth and they’re also comfortable to hold. The design is another plus because they fit in your hands. Everything is placed perfectly including the triggers, which really help for playing games. However, when the Valve controllers come into the equation, the other pair will struggle to catch up.

There are a few things that make these controllers incredible. First, there are straps that can provide better hand grip. Second, they have a variety of buttons and sensors, all of which can track the movement of the fingers independently.

In other words, you can use your fingers in the virtual world the way you use them in real life.

If we go by the specs, it’s probably easy to decide which one is more desirable between the Valve Index vs Vive. The Valve Index is without a doubt one of the most well-rounded VR headsets you can find today with its extensive lineup of features.

The display is magnificent, not to mention that the resolution is high that it can give a quality virtual experience. However, it doesn’t mean the HTC Vive is a less tempting choice. The lower price puts it at an advantage over the rival.

That’s not to say that the Vive is cheap knowing that the $745 price tag may turn off some people, but the Index can cost twice that when the base stations and controllers are included. And these parts are often sold separately, which would further drive up the cost.

The best way to know which one suits you better is by assessing your needs. If technology is your biggest concern, then the Valve Index will bring more value.

But if you want to limit your budget on a VR headset, the Vive is still a quality piece of hardware. It ranks among the best VR headsets available today along with the Oculus Rift.