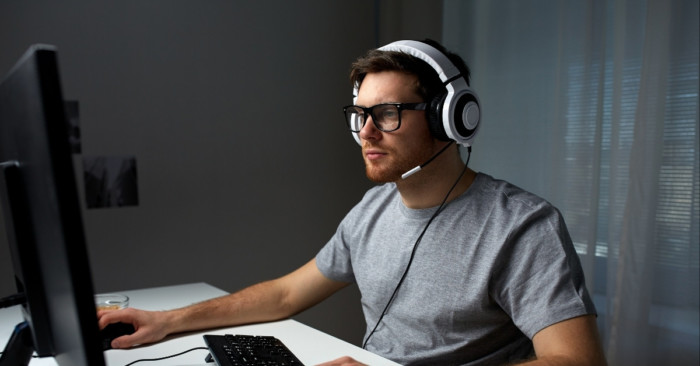 There should be a device in the battle station that you can use to pick up voice. Your webcam may have one built into the system, but it may not suffice.

A better alternative would be a gaming headset. These output devices are specifically designed with optimized audio quality.

Hence, a decent gaming headset not only excels at delivering fantastic sound, but it also features a mic that performs equally well.

Some people even have unique models that are tailored to their specific needs, such as those who wear glasses. That is why finding the perfect one for you might be difficult at times.

We’ll give you a few recommendations in this post.

Black Friday is the right time to seek products at bargain prices, including gaming headsets, so don’t miss the opportunity.

It’s important for a gaming headset to provide an immersive experience as this takes you right into the game. This headset can do that with its incredible sound quality. The highs are clear, while the lows feel resonant. It utilizes Trueharmony technology, which is accountable for the surround sound.

And, it comes with an omni-directional mic, a pickup pattern which emphasizes clarity in your voice especially for indoor gaming sessions. It has a frequency range of 20Hz – 20kHz and impedance of 32 ohm.

Although it’s marketed as a gaming headset, it’s just as reliable for listening to music thanks to the strong bass and precision positioning.

Affordable gaming headsets are aplenty. This one, for instance, won’t burn a hole in your pocket because it’s still below the $50 mark. Surprisingly, the features are quite compelling.

You can use the headset with various consoles, like the Xbox One, PS4, PS5, Nintendo Switch, and more. It’s also compatible with other devices, such as tablets, computers, laptops, and Smartphones.

This headset is noise-cancelling ready though the quality can only be confirmed by trying it yourself. For the record, noise cancelling comes in two types, active and passive. This product uses a mic to achieve that muffling effect, so it could be ANS.

As with the previous product, this also has multiplatform support, which means you can connect it to just about any device, such as the iPad, PC, Nintendo 3DS, PS4, to name a few.

For the price point, the addition of noise cancelling feature is quite commendable although it’s limited to only the microphone. With this, your voice will sound clear because the mic actively eliminates noise that makes recordings sound grainy.

In terms of design, this headset looks cool with its modern form factor. It also has dazzling LED lights that give it an eye-catching glow.

Still from the entry-level category, you can get this for $24.99. It’s focused on giving the user an immersive experience by blocking out unwanted noise. The sound is not only crisp, but also detailed. As we know, the role of a headset is to bring video game sound to life.

A good headset is one that can pick up subtle details, so that we don’t miss anything during a gameplay. This headset can do that with its 360-degree Soundscape, which makes the in-game elements feel realistic. The headband is also lightweight, so it doesn’t weigh your face own. Besides, the earmuff is made of a soft material, which helps prevent ear fatigue.

Moreover, the manufacturer said that after-sale support is something they take seriously, so you can buy this worry-free.

Razer is the go-to brand for quality gaming devices and this is no exception. If you’re looking for a gaming headset that delivers fantastic performance, this can be an option. Well, the price doesn’t lie. Unlike the previous ones, this may make you skip a heartbeat.

But Razer products have never been about high prices with no substance. By paying that amount, you’ll get a headset with Hypersense Haptic feedback which lends it a sense of realism.

The headband is also comfortable to wear as it can be adjusted to your comfort level. The same goes for the microphone where the volume can be turned up / down or muted when needed.

One of the most sought-after features in a gaming headset is wide compatibility. This product meets the requirement. As a matter of fact, it’s the opening line in the product description. It can be used with the Nintendo 3DS, PS4, Xbox One S, PC, iMac, and other systems.

As far as audio is concerned, it has a 40mm magnetic neodymium driver which provides a full frequency response and wide dynamic range. It results in superb sound clarity, which becomes more apparent when you play games like Overwatch or Call of Duty.

There’s also a volume control placed right on the cable. Thanks to the anti-winding structure, it won’t get tangled up easily.

This product is designed for anyone who wants a well-rounded headset. It strikes a perfect balance between quality and affordability. In terms of sound, as expected, it’s excellent. And the fact that it doesn’t cost a fortune makes it even better. Perhaps, this combination is behind the overwhelming reviews on Amazon.

Most of the feedback has been positive, which indicates high customer satisfaction. Moreover, the headset has multi-console support. It also provides a range of audio controls to adjust parameters like volume level easily.

The headband features a steel slider, so tightening or loosening the grip feels effortless. As for the microphone, it’s constructed with a swivel mechanism. To change its position, just rotate it around.

A headset can be rich in features, but without quality to match, it’s pretty much useless. Sound quality should be the first feature highlighted from a product.

And in this specifically, the manufacturer claims that the headset utilizes 7.1 surround sound technology to create an immersive effect. It helps you visualize positions through sound. Basically, it recognizes a broad range of frequencies, so you can hear every detail.

Meanwhile, the cushioning combines memory foam and breathable fabric on the outer lining to provide maximum comfort. Your voice can also be heard clearly because the mic has an omni polar pattern. It comes with a flip-up mute function for added convenience.

If you have a bigger budget to spend on a headset, this would suit you. While it’s not exactly super expensive, it costs considerably higher than some in this list. Let’s find out how it fares compared to the previous products. One of the highlights is the tight seal to prevent sound leakage. This way, you won’t be bothered by external noise.

The sound quality is also good and it’s self-proclaimed to be the best all round gaming headset, which means it touches on most aspects of quality. The microphone comes with a flip-up mute mechanism, which automatically goes silent when you swivel it upwards.

Design-wise, this headset looks rather bulky, but not necessarily weighty. The best part it has passed the tests for endurance, so it should last long especially with good upkeep.

Ditching a cable is a big jump for a gaming headset because wireless data transmission often results in latency issues, but we can put our trust on this product because it’s by a brand known for its supreme peripherals. Besides, if price is something to go by to determine quality, then this should convince you more.

It has a solid construction, an amazing battery life of up to 30 hours, and a tight seal for an immersive experience. It runs over a 2.4GHz connection and supports various systems, including PC and PS4. There are more features worth-shouting about, like noise cancelling microphone and cool LED lights.

This should come first because without good sound quality, even the fanciest design won’t boost its appeal. Read how the manufacturer describes the sound of a headset. There are many terms you’d come across to, like bass, low, mid, high, frequency range, surround sound, etc.

All these matter, so it’s important to know what they’re all about. Surround sound is a term commonly used to describe the audio aspect of a headset. And it’s actually a good thing. When a headset produces this type of sound, you’ll feel as being transported right into the game.

Gaming headsets come in several types. Although there is resemblance in looks between headsets, they still differ when seen more closely. For example, there are open back headsets. As the name suggests, an open back headset leaves the outermost section open, which allows some noise to escape into the ear. As a result, this headset isn’t good at blocking noise.

The cushioning also matters. The earcups should be made of a soft material to ensure that they don’t roughly press on your cartilages. Hard padding can cause fatigue, which often manifests as pain. To overcome the issue, choose a headset that has smooth cushioning. This way, you can wear it for hours without any serious discomfort.

Padding isn’t just about comfort, but also about insulation. Why does it matter? Noise cancellation comes in two types, active and passive. Passive noise cancellation relies on material to block out external sounds. The material should have soundproof quality to it, so it doesn’t get penetrated by sound waves easily.

It’s easy to tell if a headset has a top-notch seal. Just put it on and listen to the surroundings. If there’s a dramatic decrease in volume, then it means the isolation works efficiently. If the before and after volumes are barely noticeable, then it needs further improvement.

A microphone is an integral part of a gaming headset and it has many applications. For example, online games often encourage communication between players. It can also come in handy for making playthrough videos.

How to determine a quality mic? First, it should have an appropriate polar pattern. If you need a mic that picks up most frequencies in your gaming room, go for an omni mic because it picks up sound from all directions.

But if you want it to highlight your voice, then choose one that focuses on one side only.

Are you still confused about the best black friday gaming headset deals?

If you don’t feel like browsing through retailers vast catalogues, you can consider buying one of the aforementioned products. By the way, always use price as a cue for quality.

Manufacturers don’t randomly attach price tags to their products. If they insist on selling low quality items for high prices, most of them will end up collecting dust in the warehouse.

Hence, if you see a hefty price tag on a gaming headset, there must be a reason for that. It’s either a flagship in a major company’s lineup or it’s packed with features mostly aimed at premium headsets.