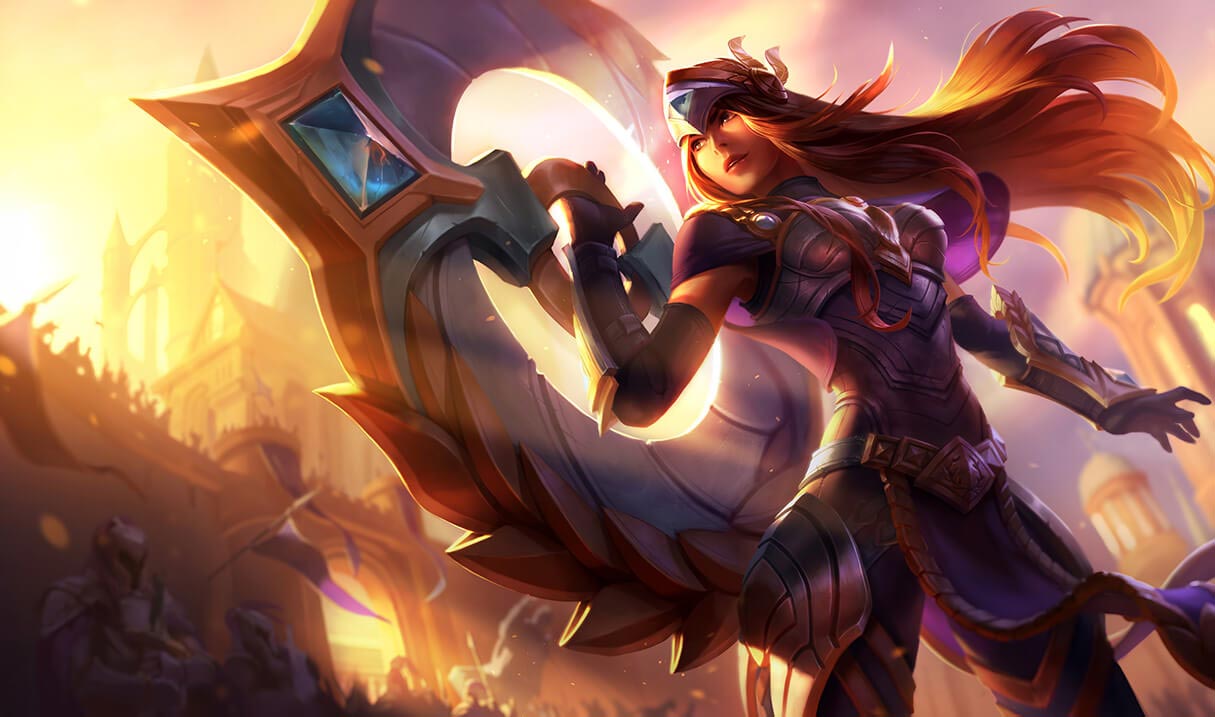 As the best-selling MOBA of all time, League of Legends has a huge following.

Between its professional leagues, collegiate tournaments, and online streaming channels, there’s enough LoL content to satisfy everyone, from the beginner to the professional.

It should come as no surprise that you can learn a lot about League of Legends by watching videos about it.

But what are the best League of Legends channels on YouTube for beginners?

Well, many people post videos on YouTube about League of Legends (LoL), and it can be hard to find the “cream of the crop.”

These 10 channels are considered by many to be the best around, and they are full of great content that will help even the most novice players get a better understanding of how the game works and how to improve their skills.

If you’re new to League of Legends, this channel is everything you need to dive deeper into the game.

They upload videos constantly and there’s new stuff included in every video.

If you are yet to understand the basics of LoL, there’s a specific video in the channel that shows how to start as a beginner.

It’s very helpful because there are many abbreviations used in this game that newbies are unfamiliar with.

The video also mentions the most important aspects of the game, the objectives, characters you’d expect to encounter during the area expansion, to name a few.

Just as the name implies, this channel centers around League of Legends. Hence, if you want to know everything about the game, you can keep updated by subscribing to the channel.

Read also: What Games to Streams?

League of Legends’ official channel is a perfect place to find new information about the game, like new skins, champions, etc.

With over 12.8 million subscribers, it’s among the most popular LoL channels ever, which also has an impact on views.

Many of the most recent videos have amassed over a million views.

There’s even one with over 13 million views uploaded just a few days ago.

You can watch playthroughs on some, but the rest are made for entertainment purposes.

If you’re more concerned about learning the mechanics, then the previous channel would suit you more.

This is channel is not to be missed out for those specifically looking for patch reviews. A patch is a modification applied to files of LoL. It contains a variety of materials, which includes new game content and bug fixes. You can also find new skins as well as items.

Another thing covered in a patch is balance changes. This is necessary to spread out balance across champions, so you don’t feel that some are too overpowering, while others come up short in this area.

Phreak isn’t particularly a big channel judging by the number of subscribers, but that’s not a big deal. At least the videos are high quality and have long durations, which is great if you want a detailed explanation of each patch.

MagikarpUsedFly is often seen as a meme channel, not that there’s anything wrong with that. Every popular game is a source of memes. What makes this channel stand out is it has so much personality.

If you want awesome commentary on LoL, visit this one. He doesn’t just cover League of Legends, anyway.

You can also find other games here. The editing skills are another selling point.

Every gaming Youtuber has their way to present content. What MagikarpUsedFly does leaves a similar impression.

We’re sure you’ll be entertained by the videos. In terms of popularity, he’s doing decently.

The channel has been up since February 2014 and has generated over 428 million views since.

The name of this channel pretty much sums up the content. If you’re looking for a beginner’s guide to League of Legends, it has some great information for you.

They compile videos and articles from some top players in the world of LoL. As a huge MOBA title, it’s not hard to find people who have become die-hard fans of LoL.

Furthermore, the channel is committed to helping new players improve their skills. At a glance, League of Legends seems fun and easy, but what’s going on in the game is more complex than you’d imagine.

It’s not just about knowing the objective, but also figuring out all the aspects of the game and how it should be played. And even if you know the basics, there’s a lot more to discover to boost your competitive edge.

Basically, there’s something new to learn every day.

The most popular video published by the channel is entitled Top 5 Secret Jungle Mechanics You Need to Know. Don’t worry, the video is not a clickbait at all. It’s actually packed with useful information.

Feel familiar with the name of the channel?

Yep, the person running the channel is the same guy who won LoL tournaments multiple times.

He may be young, but Lee “Faker” Sang Hyeok has cemented his legacy in the world of eSports after bringing home so many awards.

He’s like the face of League of Legends, not just in Korea, but also in the whole world.

He’s mostly recognized for his distinct aggressive play style in the mid lane. Just take a look at the channel’s video history. It’s clearly his face on the thumbnails, and the use of Korean in the titles further proves that.

Yep, it turns out that your favorite eSports players are just like regular gamers. They also have Youtube channels and other social media accounts to keep in touch with fans and followers.

He’s quite successful as a Youtuber. In only about 3 years since its debut in February 2017, he has earned about 1.13 million subscribers and over 159 million views.

As for his professional career in eSports, he has earned over $1 million in prize money, which is an amazing figure.

This is another channel you must visit if for complete recaps of newly-released patches. What we like about LS is he includes the most essential information in the videos.

Yes, the durations are quite long, but that’s because patches often require lengthy explanations. The good news is he doesn’t go overboard with the information and tries to keep it as dense as possible.

He also adds relevant visuals to the videos, so that the viewers can get the point. You can see him scroll through pages while giving a rundown. It’s like when you screen record a tutorial with the pointer running freely across the screen.

We wouldn’t say it’s a massive channel, but popularity has nothing to do with quality. And this channel is all about quality, so you should check it out.

This is more like a comprehensive channel that talks about a variety of games, not just League of Legends. He also keeps an eye on new releases like Fall Guys.

The channel doesn’t upload videos too often, but you can rest assured that every video garners a lot of views because it’s already established with a huge following.

As you can see, the total of subscribers has hit the 6 million mark.

Watching the videos is a lot of fun because he has a unique sense of humor which you may find sarcastic in a way.

Overall, it’s a good channel, just not focused on LoL.

There are a lot of things about League of Legends we can talk about. If you want a channel that provides new information about the game, Protatomonster is the answer.

On the videos, you can see people playing while having a conversation.

The topics brought up are also interesting. The recent one has information on how to work as a team. This game has always been about teamwork.

Togetherness is what creates a larger entity and makes you stronger. There are also videos explaining bait and escape tricks, which are equally important.

You can’t go straight attacking an enemy champion without measuring his power first. If you don’t have the upper hand, you’re the one that will be defeated.

Seeing gamers play is just as interesting as playing the actual game.

This channel is dedicated to creating montages of the most talented LoL players across the globe. Keep in mind that every gamer has a unique play style.

They may use the same champions, but play style also has an impact on your chance of winning the battle.

Additionally, there are also compilation videos that put together a few players, so that you can compare them directly.

His estimated monthly earnings are between $538 and $8.6K. Actually, it’s not hard to predict the income of a Youtube channel because the information is subject to public access.

All you have to do is visit socialblade.com, type in the channel you want to check on, and hit enter. The information about earnings will be displayed afterwards.

What are the best LOL channels for learning?

We’ve mentioned some of them above. There are many topics covered by League of Legend channels. Some specialize in making montages, while others are focused on the mechanics of the game.

Now it all comes down to you. If you’re new and just started to learn, the latter would be more appropriate to subscribe to.

You can check out LilyPichu’s channel. She’s one of the female Youtubers who play LoL.

She also broadcasts her games regularly. She’s primarily known for her unique creativity to include hand-drawn sketches in videos.

Another you can consider is Pokimane. She has over 5.5 million subscribers on Youtube.

Besides League of Legends, she also plays Fortnite.

What are some funny league of legends Youtubers?

Granted, there are channels that take LoL seriously in the sense that they give insightful information about the basics, tricks, etc. but the thing is there are no rules as to how you should approach the game. You can be funny while still conveying a massage.

And that’s where MagikarpUsedFly and some other personalities are good at. We also suggest you visit BunnyFuFuu and LoLtyler1.

Anyways, just curious, which is the No 1 YouTube channel in general?

The number 1 channel on Youtube by number of subscribers would be T-Series.

It’s a music record label and film production which is headquartered in India. It has 151 million subscribers.

The second place on this list turns out to be a popular gaming channel, PewDiePie. As of today, he has collected over 106 million subscribers.

League of Legends is one of the games featured in eSports.

This just goes to show how popular this game is among fans. There’s no denying that LoL is addictive, but to compete at a professional level isn’t the same thing.

You need to know how the game plays, understand the mechanics, and pick the right role to play along with other teammates.

By the way, the objective of this game is quite simple. There are two teams loaded onto the map Summoner’s Rift.

And then, you have to sneak into the enemy’s base and take down their main building.

What makes it difficult is you have to pass through enemy champions, minions, and turrets.

All of them are readily protect their area from intruders. Each champion is equipped with a unique set of skills.

If you can’t match what the other team has, it will be hard for you to beat them. Luckily, you can learn essential tricks from the best League Of legends Youtube channels like those mentioned earlier.