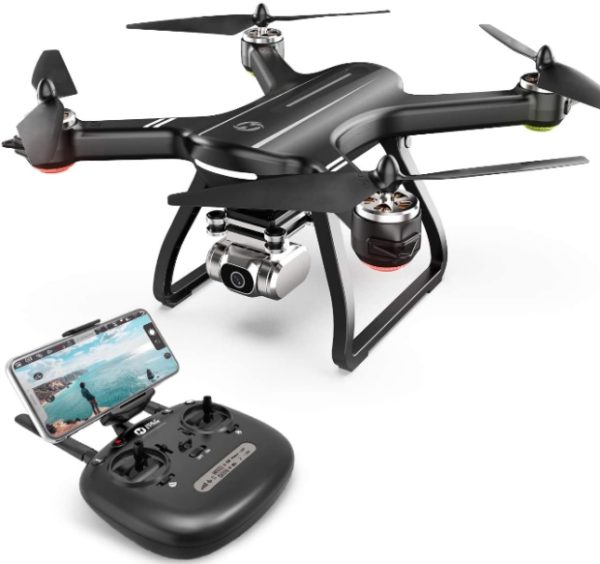 How much is a drone? This is rather a complicated question because drones come in different categories and prices. You can get one for as low as $50 to over a thousand dollars. If you need one for vlogging or creating quality videos for Youtube, then a $300 unit should be good enough.

But if you want a total package, like it has all the features a drone can pack, then you should be paying top dollar. A drone can cost thousands when all the advanced features are built in the system. Camera quality is one factor that can make or break the decision to purchase a drone. As we know, cameras come in a multitude of variants, from low resolution to high resolution sensors.

Other factors that influence drone price are the distance it can travel and the complementary elements. If you want to buy a drone along with its controller, then you’d pay more. Basically, the more the accessories, the higher the price would be.

UAVs or Drones can be classified on a different basis. You can group them by price, use, and target audience. For example, there are drones made for beginners. Beginner drones belong to the entry level segment, so they don’t cost too much. This makes sense because many buyers just want to have an experience with a drone. They don’t specifically look for top-of-the-line features.

It’s different from hobby drones. Hobbyists are those who have a keen interest in drones. They have the basic knowledge of how a drone operates and features that can boost its usability.

In other words, drones for hobbyists should pack more and better features, which in turn increase the price. Drones in this category can cost 2 to 5 times as much.

Here’s the average price of a drone based on the target audience:

Knowing the average price is one thing, knowing what is good for the price is another. Two drones can be priced the same yet have very contrasting features. One is probably better overall when all things are factored in. It’s okay to be budget-conscious.

Not everyone has tons of money to blow on a drone. If you have a limited budget, take time to choose one that provides the most value.

You can use a drone for your amusement. Or you can also use it for other another purpose, like taking professional photos and video footage for a wedding or another special moment.

Should you buy a drone for documentation? This is not necessary because aerial photography services are becoming more and more popular these days. Just find one to work with instead of buying an expensive drone because it will be a waste of money if you don’t use it after the event.

Drones of Varying Prices in 2020

DJI is a household name when it comes to drones. The company is known for making high-end products with premium prices. At $795, this drone easily fits in the hobby category because it has advanced features to fall back on. The camera system has the ability to put 25 photos together in a matter of seconds.

The design is also compact, which allows for easy storage. If you need to record high resolution video footage, it’s more than capable of doing so thanks to the 12.0MP camera. It can record 4k video at 30 fps. The image stabilization also works great since it can help the camera focus even when the drone is moving at a high speed.

Another reason to buy this drone is because it flies for up to 21 minutes in a single charge. Besides, it comes with its own controller. There’s no need to worry about compatibility because you can use it right out of the box. The control sticks are removable, which further boost its compact design.

For the price, the drone has outstanding features you most likely won’t find on entry-level products. It’s also very safe to fly because there are sensors around to keep it away from obstacles.

For a more affordable option, you can consider this one. It costs $249.99, considerably lower than the first product. It’s loaded with great features, one of which is a 2k FHD camera which is capable of taking high quality shots. It also utilizes 5G transmission, which greatly improves real time video viewing.

Another promising feature is GPS assisted flight. With this on board, there’s no need to worry about the battery running low because the drone will find its way back home on its own. This feature also ensures that the flyer can hover steadily in the sky. In terms of flight time, it’s on par with the first product, quite surprising to be quite honest.

Despite being cheaper, it can fly for approximately 22 minutes. This is possible because the drone packs a 2800mAh battery. And the best part is it’s easy to use even by beginners. All it takes is a key press to launch the quadcopter. It will keep reaching higher altitudes until you decide to lock a position.

There’s headless mode on this unit, which is useful for navigation because you won’t break a sweat over the head’s position. Just move it accordingly using the transmitter.

If you need a drone that’s even cheaper than both, this is for you. The $118.99 price tag makes it accessible for many especially those who just got into UAVs. It might have a low price, but the performance is not to be overlooked. The price-to-performance ratio on this one is terrific. It includes a bunch of features that you will use a lot during operation.

For example, there’s GPS positioning system which comes in handy when you can’t locate the drone’s position. It will go back at you when the battery is almost empty or when it’s on the verge of being lost. In the meantime, the 1080p 120° FOV 45° camera produces good images and videos.

There’s almost no delay in data transmission which guarantees a smooth live viewing experience. Last but not least, the battery life is reliable. It can fly for 16 minutes before you need to recharge the battery.

1. How much is the cheapest drone?

Toy drones are the cheapest type of drones. They don’t have the basic equipment to function as an actual drone, like a camera and modes.

Toy drones usually cost less than $20. They are cheap, so don’t get your hopes up about the build quality or anything. They are made purely for fun. But if we’re talking about cheap professional drones, you can get one for about $100. This is the minimum threshold for a functional drone.

2. What is the best drone for beginners?

You can find beginner drones in nearly every manufacturer. Just sort out the products by price starting with the lowest, you’ll get quite a lot of choices, such as the Drocon Cyclone X708W FPV, Holy Stone HS165, and Potensic U47.

3. What about professional drones with camera, which one is the best?

Price can say a lot about the quality of a drone. Any drone that costs over $1000 can compete for the title. To get the best drone, just find the most expensive product in a manufacturer’s lineup.

But if you don’t feel like searching around, try popular brands like DJI. It has many great drones that offer excellent performance and features, like the DJI Phantom 4, DJI Mavic 2 Pro, and DJI Inspire 2.

So, how much is a drone? Hopefully, everything explained here answers your confusion. There’s no definite answer because just like Smartphones, drones come in several categories. There are drones for entry-level users, intermediate users, and experts.

Besides getting to know about price, it’s also important to familiarize yourself with acronyms used when discussing drones. RTF or ready-to-fly refers to drones that include all the essentials that help them fly. In other words, a RTF drone is a drone that’s ready to use right after unboxing.

BNF or Bind-And-Fly refers to drones that come completely assembled, but with no controller included. If you want to buy one, learn how to pair it with your existing controller.

And then, there are also ARF drones. ARF stands for Almost Ready to Fly, refers to the type of drones that require further assembly. Some of the integral components like motors are probably excluded. Hence, you should know how to put things together to make the drone work. 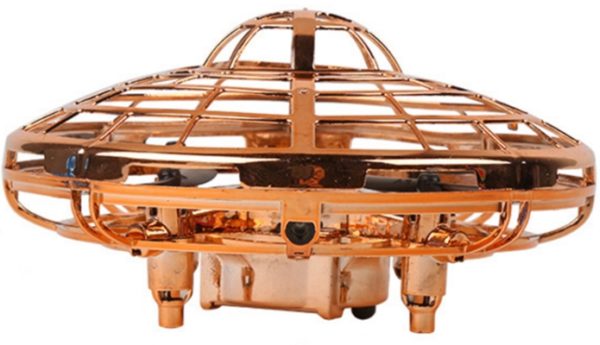 Most of us have been familiar with drones. These unmanned aerial vehicles are used for different purposes, like for entertainment and business. They come in a wide variety of specs and features. That’s why it’s important to choose the right quadcopter for you. If you expect more features, then be willing to spend more on… 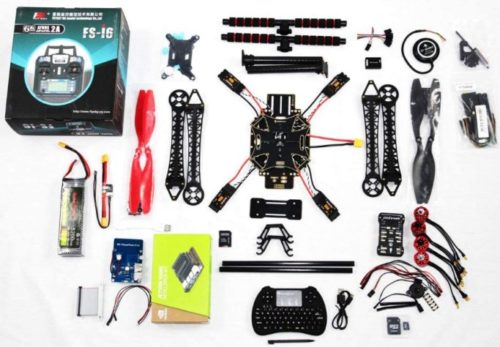 It takes a professional to build a drone, but a little curiosity goes a long way. Curiosity could be a sufficient trigger for someone to learn about a complex structure and put together parts to create that structure. Luckily for a drone, there are many kits that can help you achieve that. Just make sure…

FPV is common feature people look for in a drone because it affects safety. FPV simply means First Person View, a feature that allows a drone’s camera system to send livestream video footage right to the transmitter. This way, you can see what’s being recorded from up above. Actually, it’s not just the transmitter that… 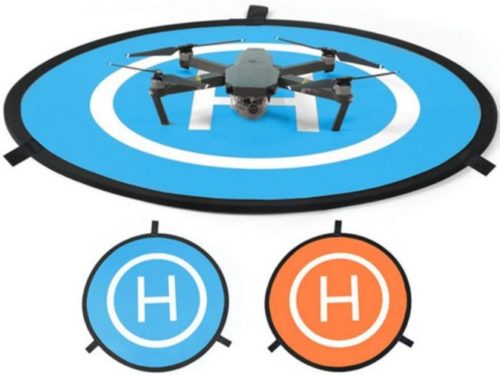 A landing pad is not a must-have accessory for piloting a drone, but it’s a nice addition regardless. As the name suggests, a drone landing pad is a pad that aids in the launch and landing of a drone. It becomes necessary because propellers can create clouds of dust during a take-off. If the place… 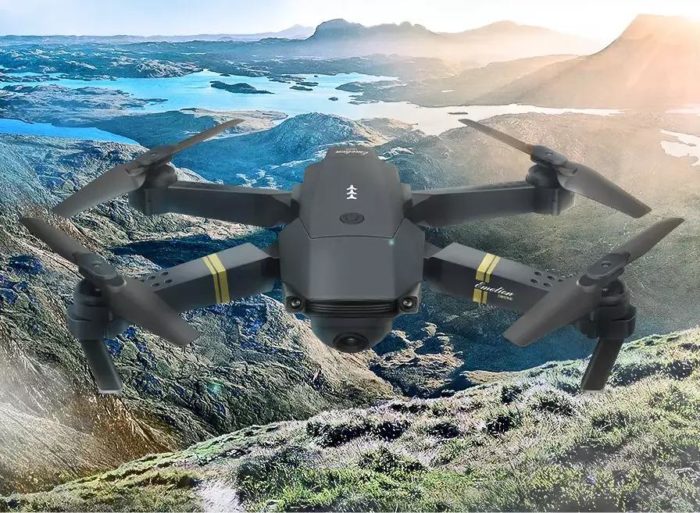 Disclaimer: Hobbiestly Blog is reader supported, we may earn commissions from qualifying purchases (at no extra cost to you). Drones vary greatly in price and features. Those that belong to the high-end category are hard to compete with because they have features that are rarely present in entry-level products. Anyone who is into drones should… 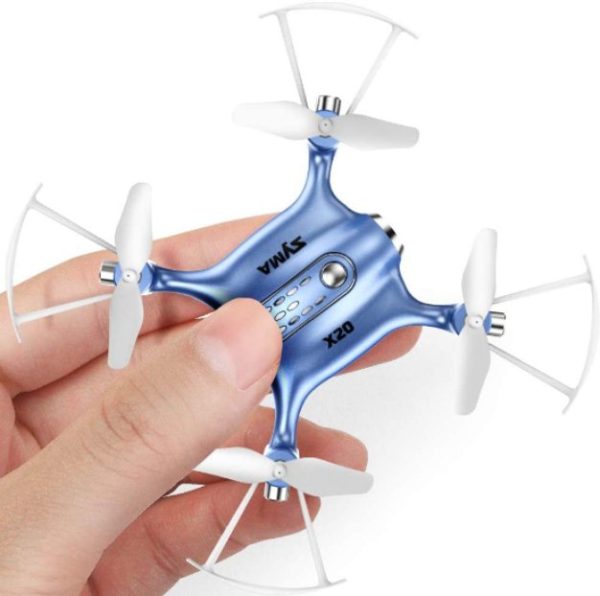 Every type of drone has its own market. Not everyone is into bulky drones. Some prefer small and compact designs for a number of reasons. Besides the fact that they are easy to store and carry around, smaller drones tend to come with lower price tags. They also make a perfect choice for beginners who…